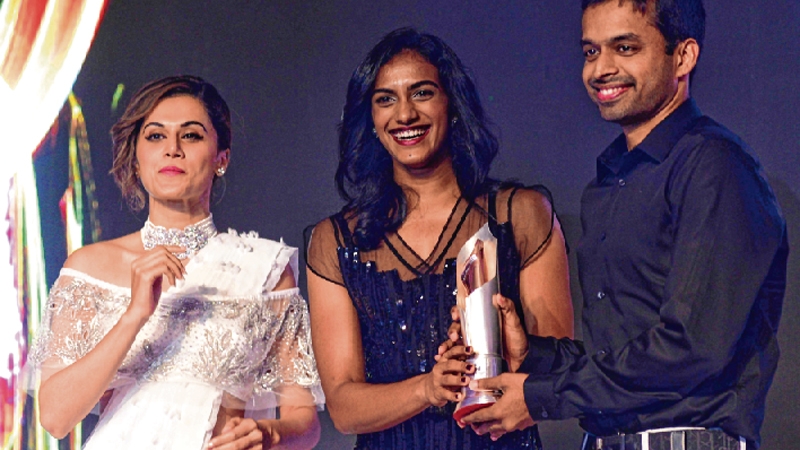 Young India cricketer K L Rahul, who made a mark in the last Test series against Australia, was awarded with Gamechanger of the Year award. Rahul was not at the function and his video message was shown.

2008 Beijing Olympics gold medallist and the country’s sole gold medal winner in individual events at Olympics, Abhinav Bindra was given the Lifetime Achievement Award. Bindra, on a lighter note, said that at 34 he felt a little odd to receive it. “As a 12-year-old boy, I hated sports. I had one talent that is to work hard,” remarked the ace shooter.

Coach of the year: Pullela Gopichand.