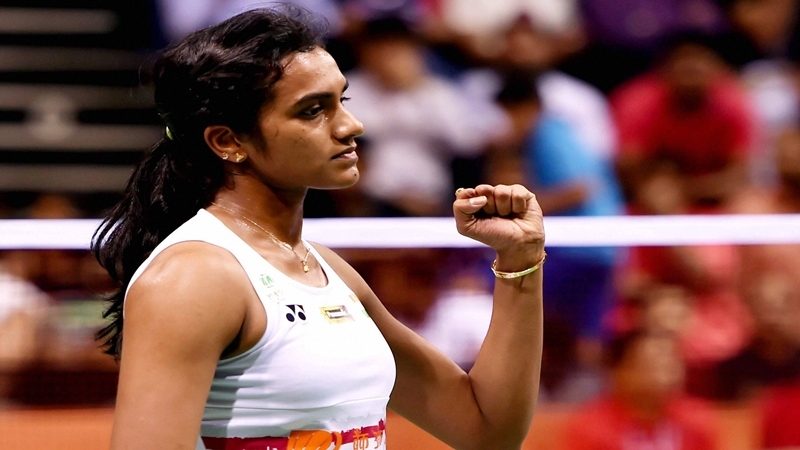 The awards have been initiated by Sports Illustrated India Magazine and were given to various sportspersons for their achievements. Sindhu’s coach P Gopichand received the Coach of the Year award while the Flying Sikh Milkha Singh was given the Living Legend of the Year award. However, Milkha could not attend the function.

Interestingly it was Sindhu who presented the award to ‘Gopi Sir’. Young India cricketer K L Rahul, who made a mark in the last Test series against Australia, was awarded with Gamechanger of the Year award. Rahul was not at the function and his video message was shown. 2008 Beijing Olympics gold medallist and the country’s sole gold medal winner in individual events at Olympics, Abhinav Bindra was given the Lifetime Achievement Award.

Bindra, on a lighter note, said that at 34 he felt a little odd to receive it. “As a 12-year-old boy, I hated sports. I had one talent that is to work hard,” remarked the ace shooter.Para athletes Devendra Jhajaria, Mariappan Thangavelu, Varun Bharti and Deepa Malik also received awards. Badminton player Jwala Gutta, football great Bhaichung Bhutia, boxer Amir Khan and cricketer Pragyan Ojha were present in the ceremony.

Coach of the year: Pullela Gopichand.

Athlete of the year: Gaurav Gill.

Gamechanger of the year: K.L Rahul