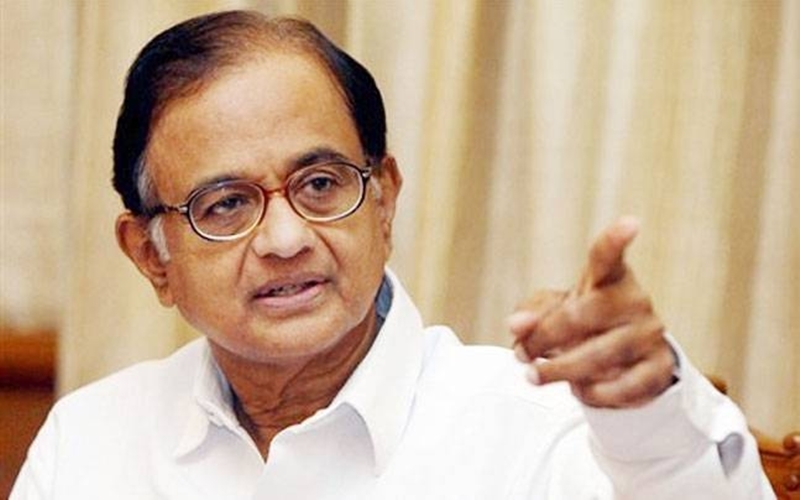 New Delhi: Former finance minister P. Chidambaram on Monday urged the chief minister’s and finance minister of all the state to come together and raise an objection on the Terms of Reference (ToR) prescribed by the 15th Finance Commission for allocation of funds to states.

Chidambaram’s comment came after Kerala Finance Minister TM Thomas Isaac in an open letter to the states Finance Ministers, through a leading daily, urged to join hands to perverse “the Constitution and the right of States.” Isaac has asked them to “block the sinister move to undermine the basic tenets of fiscal federalism in India.” Earlier in April, Finance ministers of three southern Indian states and one Union Territory highlighted loopholes in the ToR prescribed by the Finance Commission.

Leaders who attended a conclave of finance ministers of Kerala, Karnataka, Andhra Pradesh and Puducherry, argued that with the present guidelines in place, states with higher population would be entitled to a larger share of tax resources, while those that undertook measures for population control would incur losses.

Isaac claimed that the terms of reference of the 15th Finance Commission were a threat to the federal system, adding that a deliberate attempt was being made to cut down tax devolution to states and forcibly impose conditions on them. Union Finance Minister Arun Jaitley had described the controversy surrounding the ToR of the 15th Finance Commission as ‘needless’ and added that nothing could be further from the truth.

One of the key concerns raised by the Southern finance ministers was the usage of 2011 Census data for devising the ToR, as opposed to using data from 1971, as in the case of the 14th Finance Commission, as states with larger growth in population since 1971 would benefit more compared to the others.