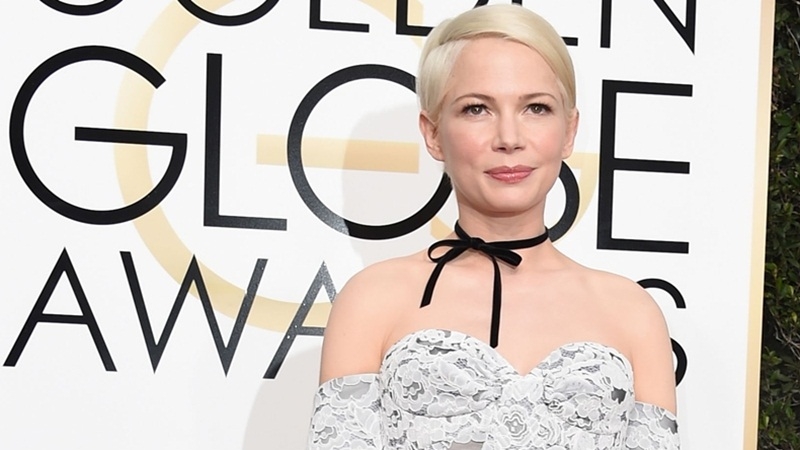 The Golden Globes 2017 brought out a row of sparkling gowns that paved the fashion status for the leading ladies. Check out who topped our Golden Globes’ best dressed list. 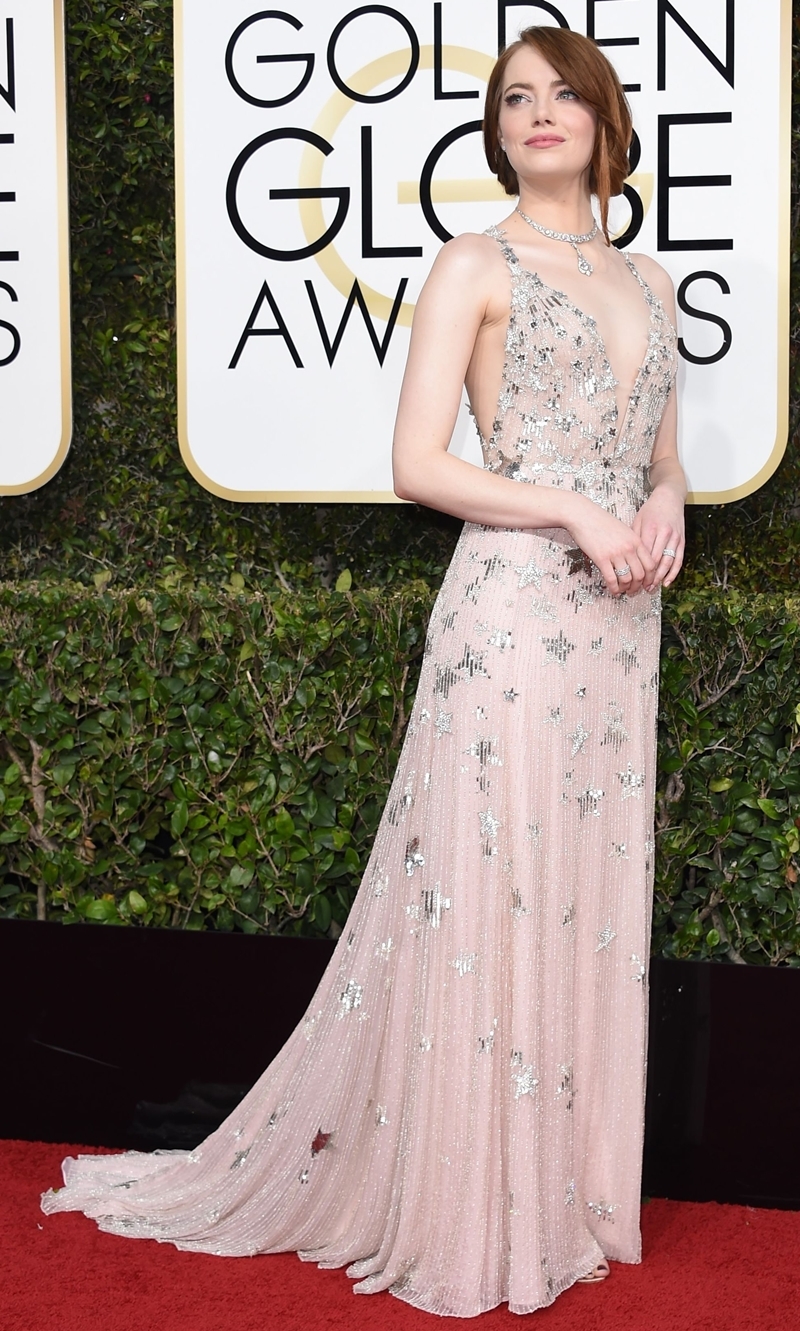 The actress was present at the event to support her new film La La Land for which she was nominated for best performance by an actress in a musical or comedy. The actress donned a nude Valentino gown that had metallic silver stars and kept her jewellery minimal with a choker that took the beauty to another level. 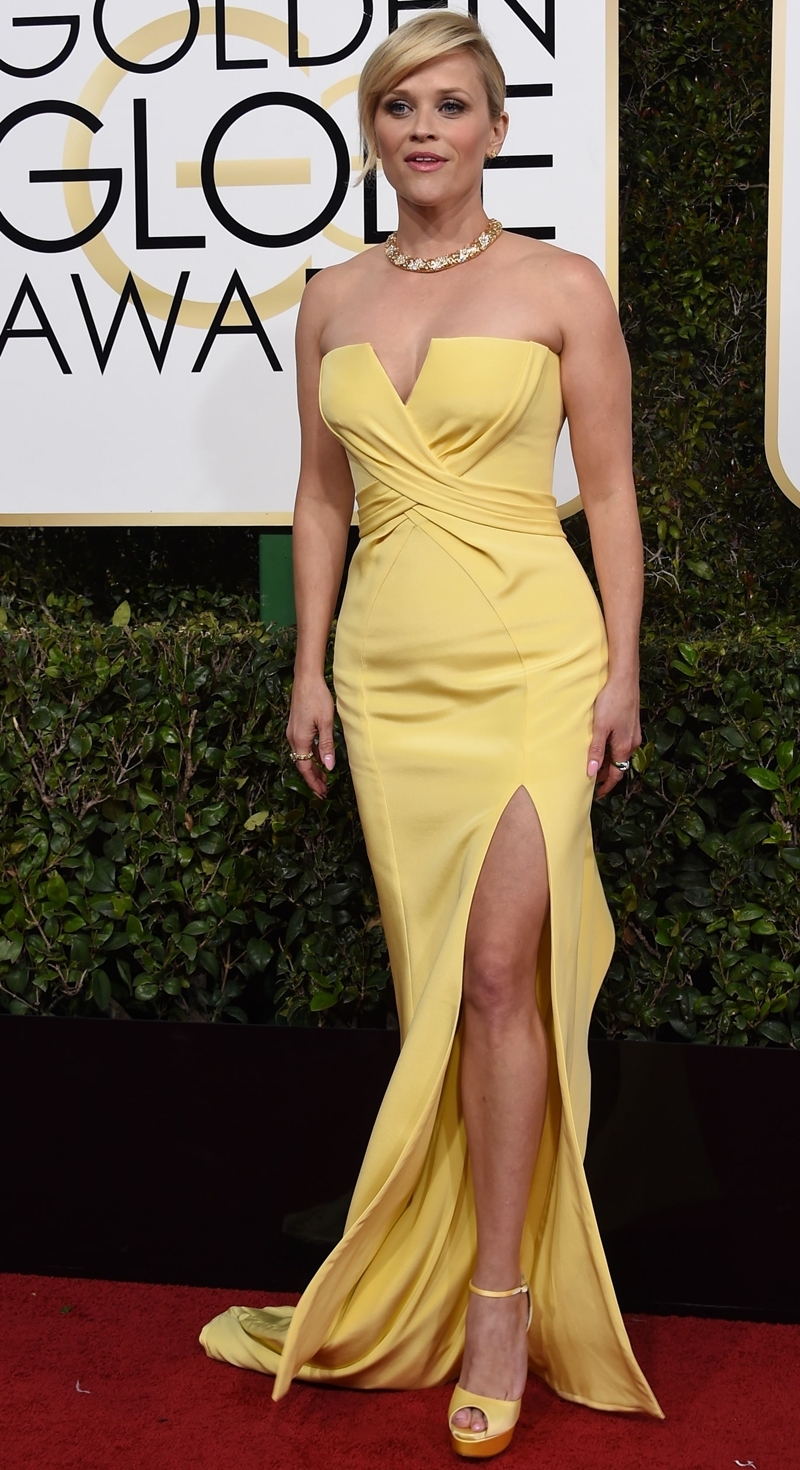 The 40-year old actress wore a strapless canary-yellow Atelier Versace gown that featured a thigh-high slit up the front and a plunging neckline. The actress accessorized with a gold floral choker and light make-up by Molly R Stern.

Reese Witherspoon’s look was possibly dedicated to the 10th anniversary of her ‘yellow’ golden globes’ gown that was featured in the best looks in 2007.

#FBF to the 2007 #GoldenGlobes in @ninaricci by @oliviertheyskens ✨ Good luck to all of this year’s nominees! 💫🌍 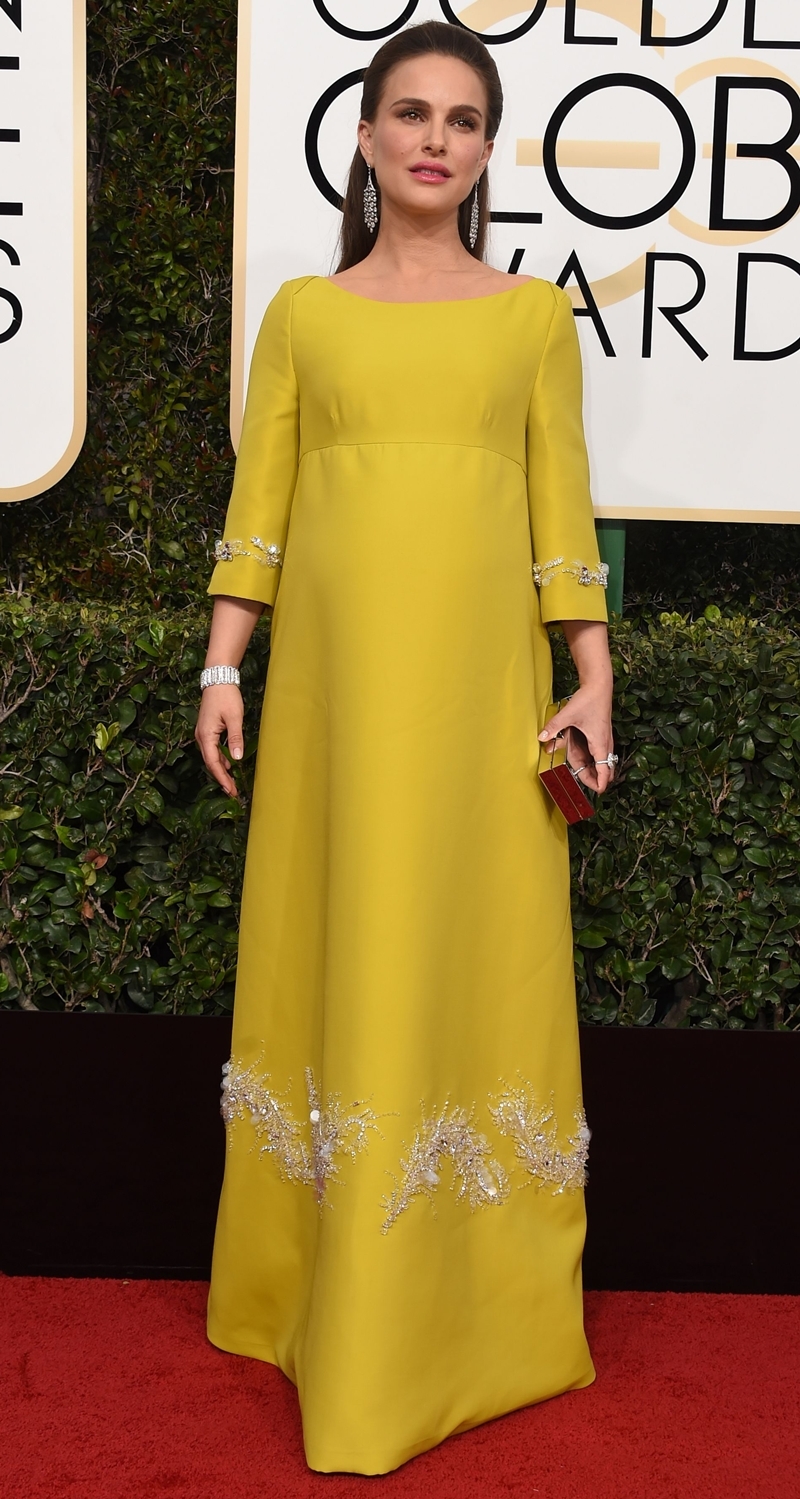 The actress flaunted her baby bump with a sunshine yellow frock by Prada. She paired her looks with gorgeous chandelier fringe earrings and a yellow ring from Tiffany & Co. circa 1910. 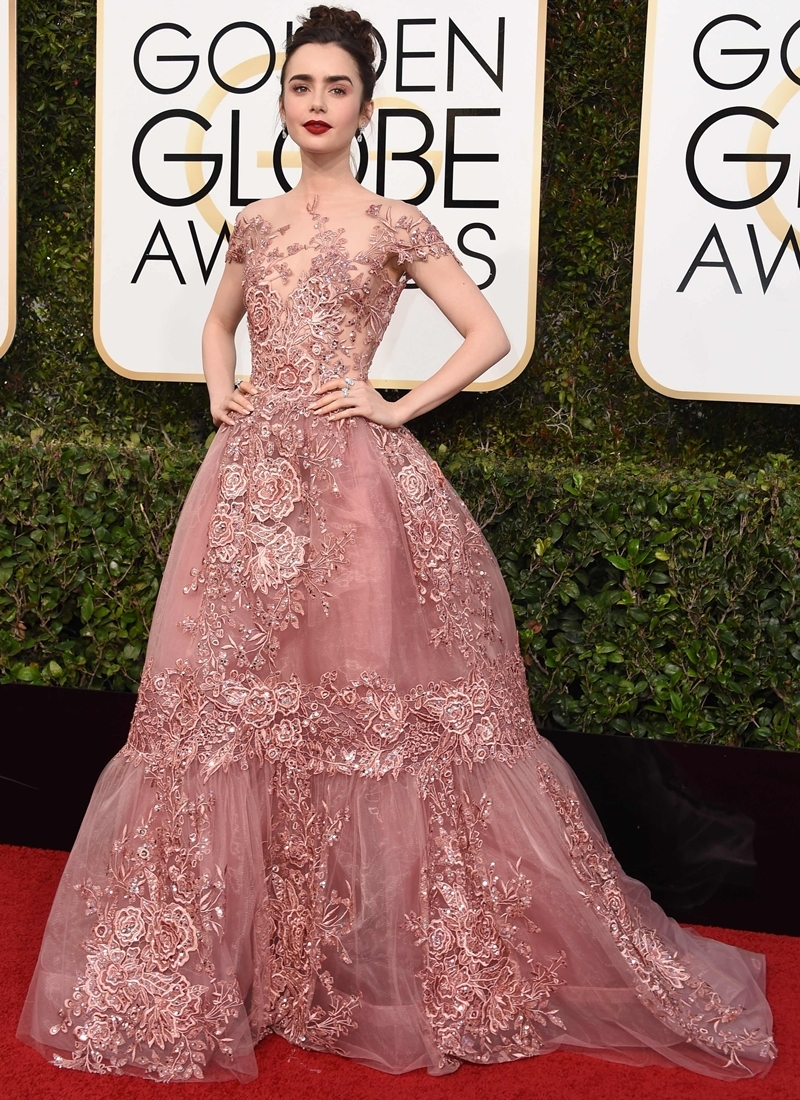 The 36-year-old stepped out in an off-the-shoulder and floor length Louis Vuitton number and added a touch of flair with a simple black ribbon choker necklace that was tied as bow.

Worst dressed at the Golden Globes:

Golden Globes and glamour goes hand in hand. Though there were celebs that shone bright as a star there were also few who were fashion-flop. Check out the worst dressed celebs’ list here: 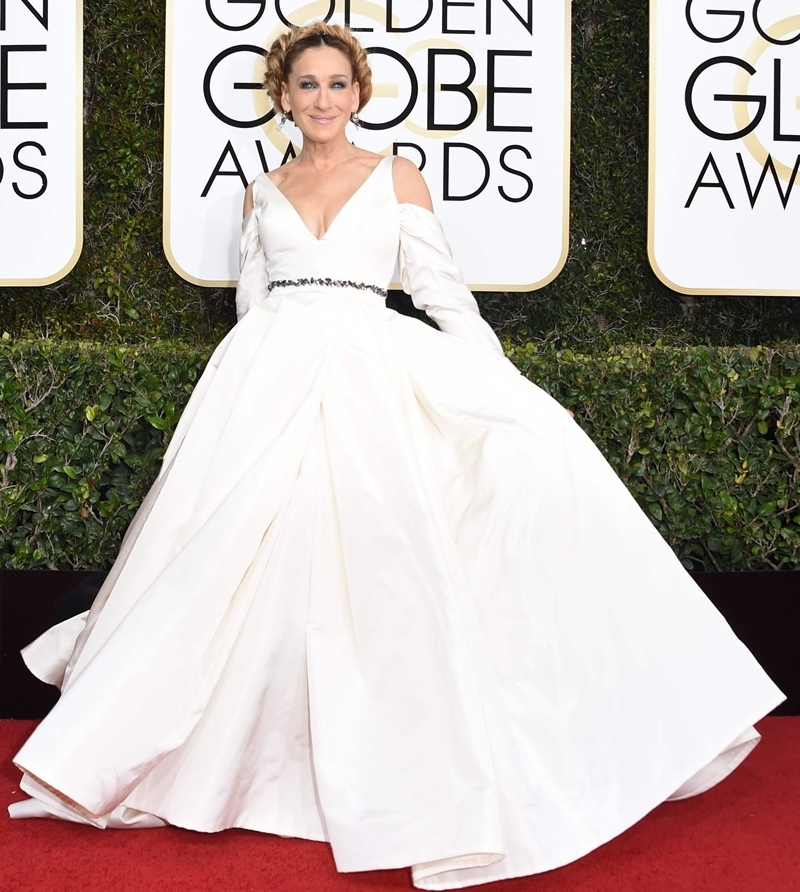 The ultimate glam queen who gave us several stunning looks on the red carpet disappointed this time. The actress wore Vera Wang white dress that had tiny line at the waist. The milkmaid braids were only an addition to the messy look. 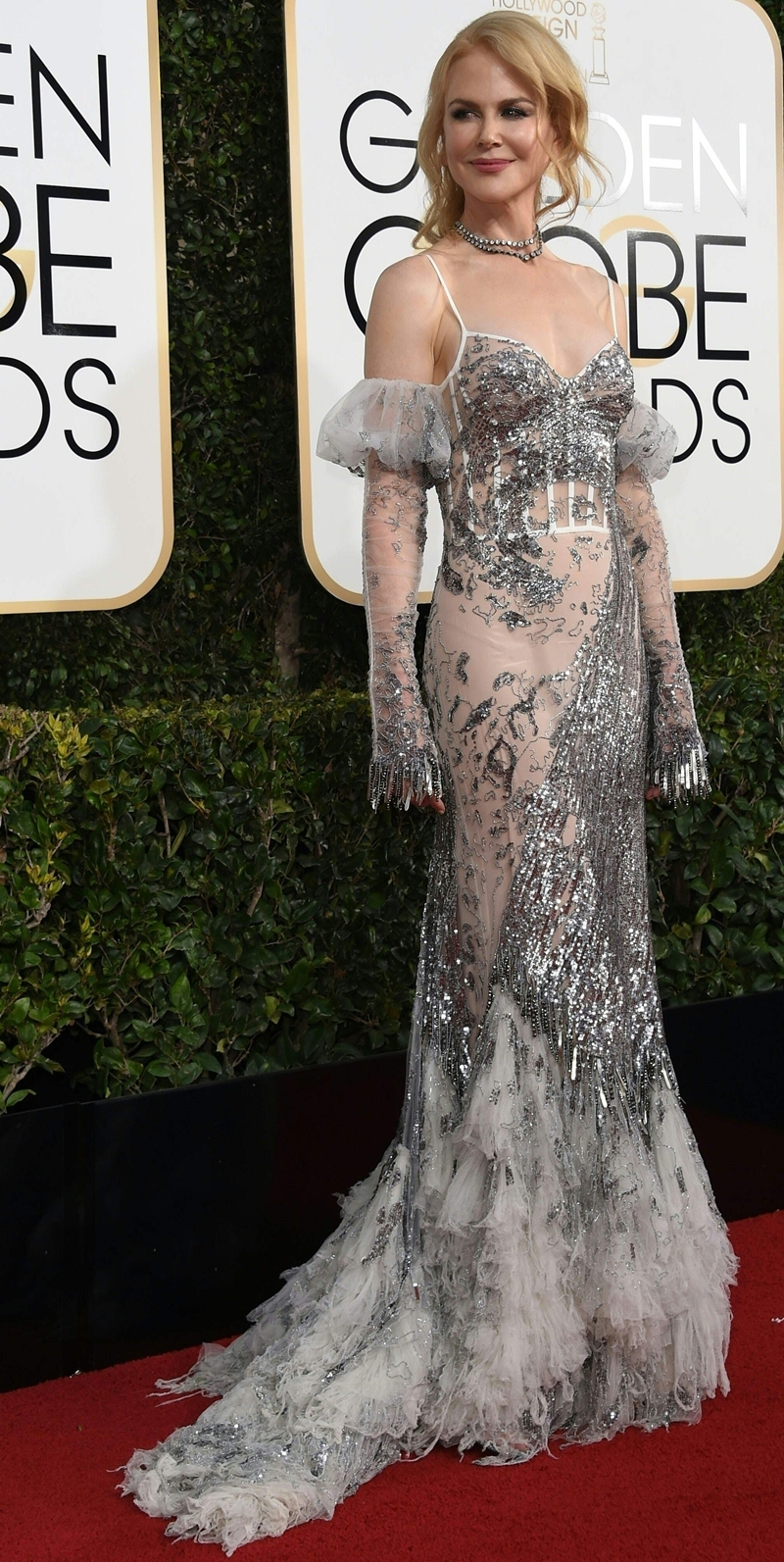 The 49-year-old actress wore an off-the-shoulder and floor-length Alexander McQueen gown with puffy sleeves. There is too much glittery going on the dress. 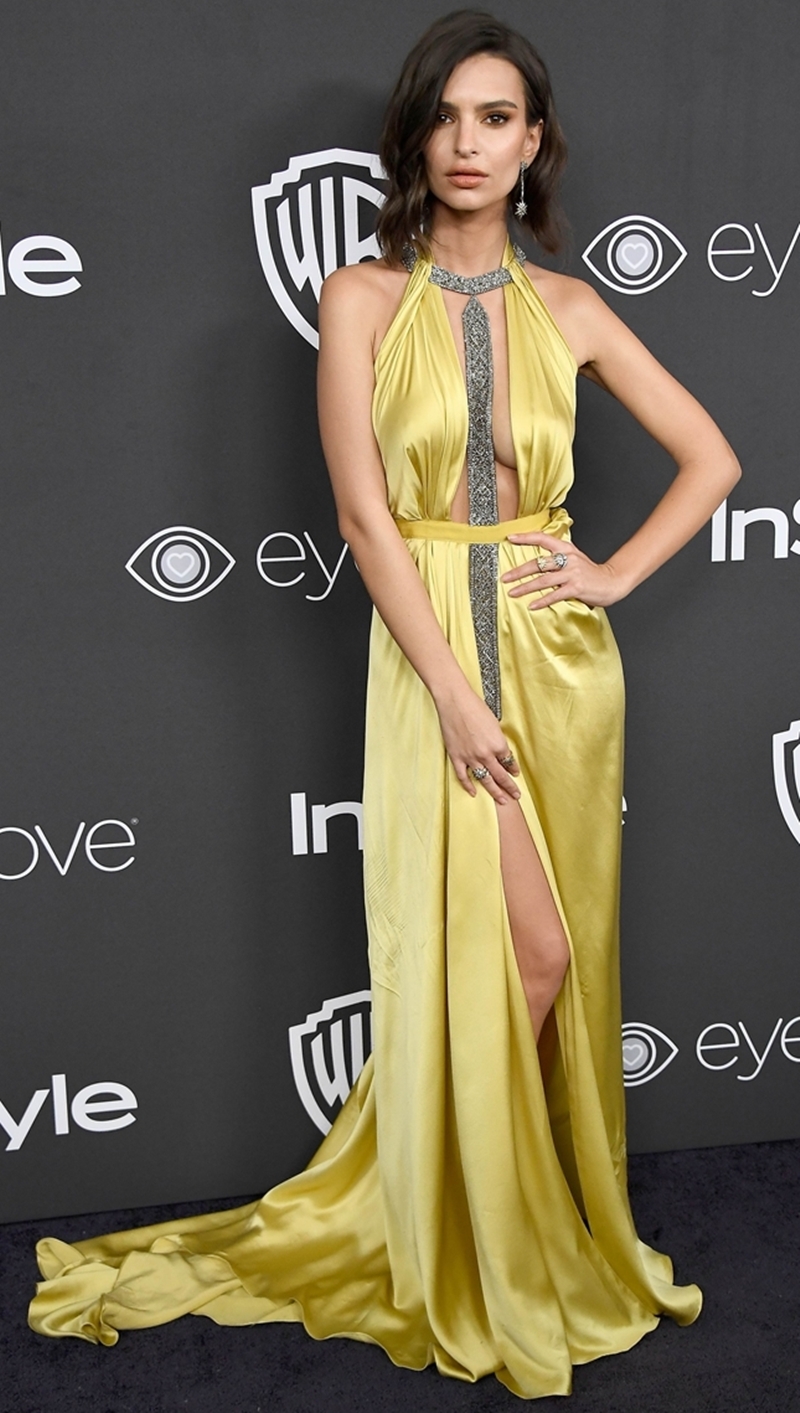 The 25-year-old wore a yellow satin gown by Reem Acra that had a plunging neckline and a huge front slit. The gown with high-split threatened the actress to expose plenty of her skin. No one can ignore the wrinkles on the gown. 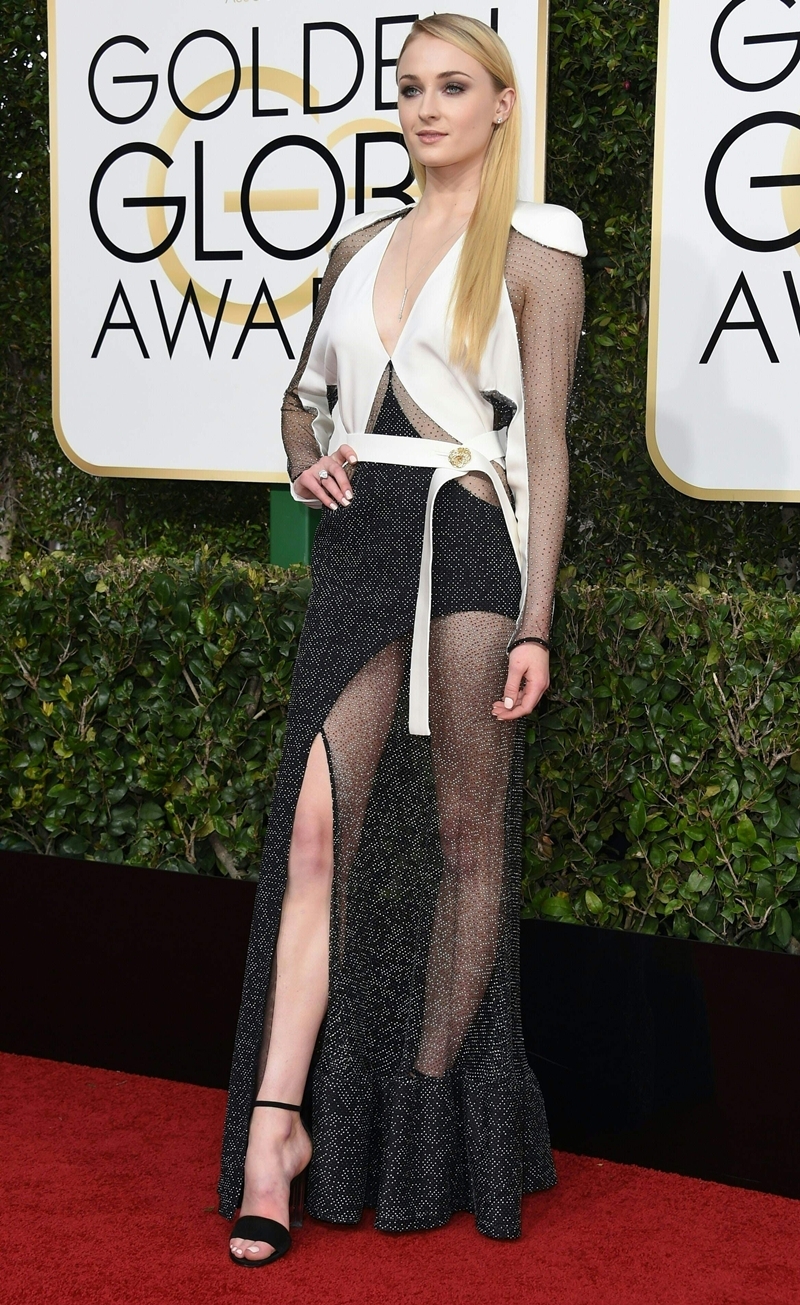 Known for her gorgeous red carpet look, the Game of Thrones star’s look at the event upsets us. Sophie Turner wore a Louis Vuitton dress that had thigh-high slit, shoulder pads and a duct tape belt. There’s too much in a gown and that makes it a miss fit too. 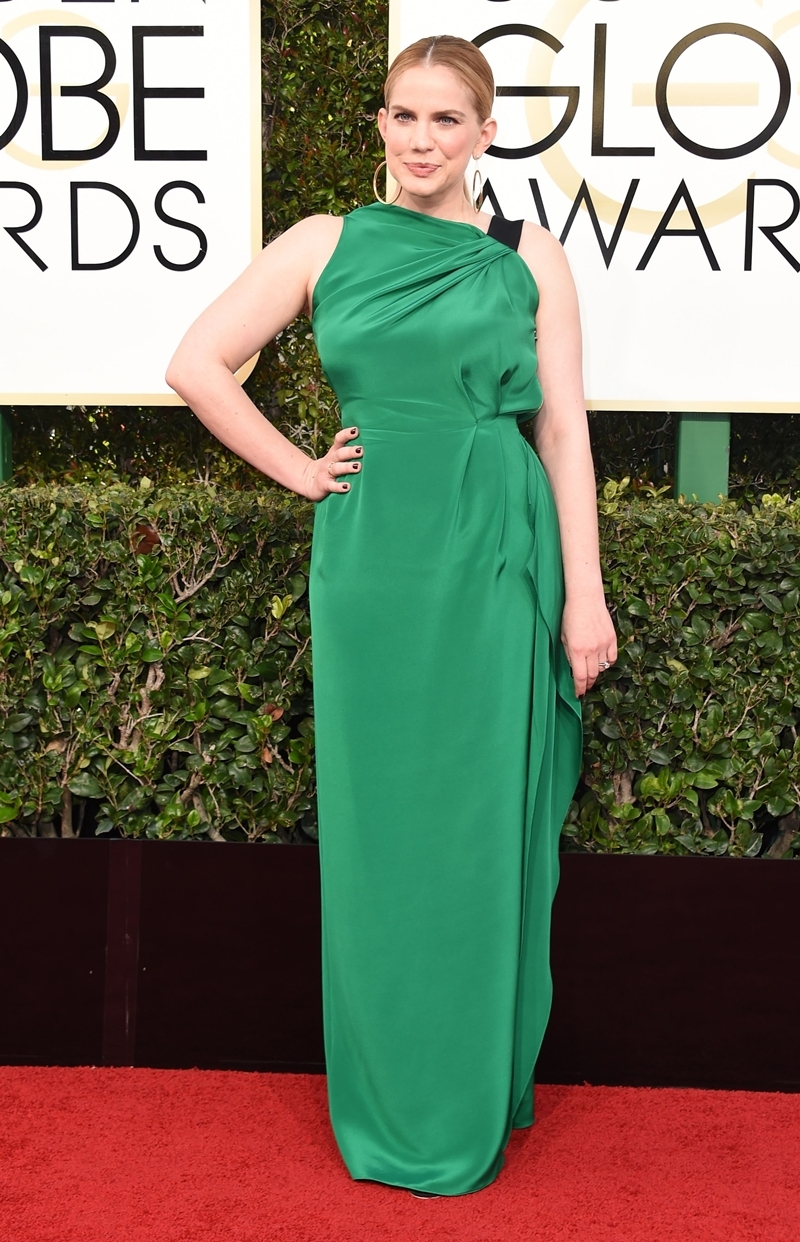 The over-shaped gown with a wide-black shoulder strap was quite distracting. Also, the big round danglers were a mismatch. All that her ensemble needed was a split and some freshness.