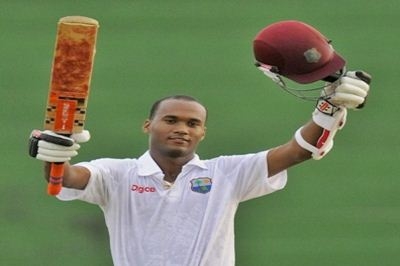 Rajkot: The West Indies batsmen were guilty of playing too much attacking shots in the first Test against India and going forward stand-in captain Kraigg Brathwaite said they would have to find the right balance between caution and aggression.  “Going forward what we need to do is along with the attacking shots, trust in defence. I think that’s the key,” said Brathwaite after India beat West Indies by an innings and 272-run in the series opener.

“Obviously when the field goes back, it’s a matter of still staying positive in defence also and putting away the bad balls, stroking the ball along the ground for singles. I just don’t think we didn’t trust our defence as much as we should have,” he said. It was an embarrassing loss for the West Indies who were bowled out twice on day three. Brathwaite said debutant Prithvi Shaw’s knock was an example of how to build an innings.

The West Indies batsmen had little clue while facing the Indian spinners. “I think what they can look at is how India batted. We saw the guys getting in and backing themselves. Obviously, Shaw was quite attacking, he was 100 percent into what he was doing. Kohli obviously came in, took his time and flourished,” he said.

“I think if we can learn from them, that will put us in good stead going forward. Obviously a few nerves, it’s Test cricket so it is never easy but we need to take a page out of their book and take that into our batting. Trust in defence and obviously when you attack, go 100 percent as well,” Brathwaite said referring to his inexperienced unit.  Brathwaite said that his team prepared well for the India tour though it got only a two-day warm-up game before the opening Test.

What also hurt the visitors was the absence of captain Jason Holder, who pulled out last minute due to an ankle injury, and lead pacer Kemar Roach, who will be back for the second Test.  He had missed the series opener due to the death of his grandmother. “Kemar will back but not 100 percent sure (about Jason). In a couple of days we will come to know,” he said.