Only Cong can unite India and take it forward: Rahul 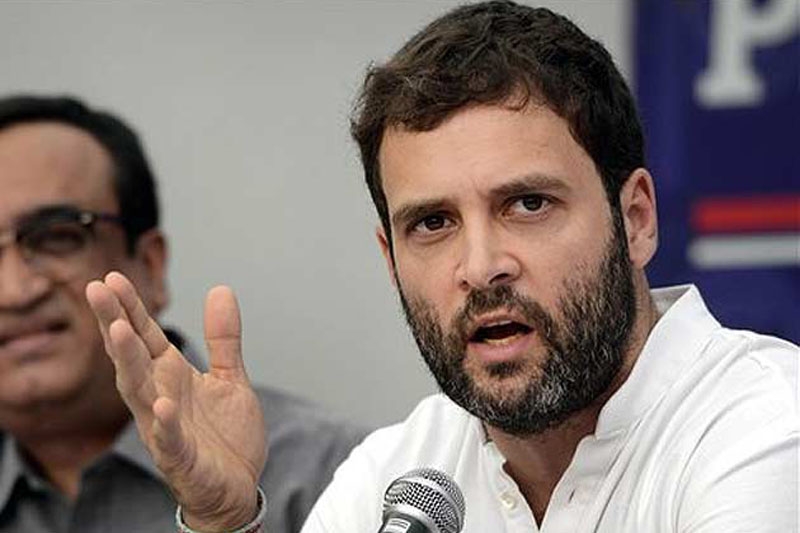 New Delhi : Congress President Rahul Gandhi on Saturday gave a mature and convincing message of unity and inclusive politics at the 84th session of the Indian National Congress in Indira Gandhi indoor stadium in New Delhi.

Addressing a huge gathering on Saturday morning against the backdrop of his posters and beams in national tricolour and slogans affirming faith in his leadership, Gandhi said that Congress alone can take the country forward. Pointing to the Congress election symbol on stage, he said, “This is the only symbol that can integrate and unite the country and take it forward. All of us have to work together to unite the nation. The aim of the plenary session is to steer the party and show a path to the nation.”

The 47-year-old leader who took charge of India’s grand old party only in December last year, used the platform of the Congress plenary session to informally initiate the campaign of the 2019 General Elections, by invoking and referring to the name of the party election symbol, the hand.

He also thanked senior leaders including former Prime Minister, Manmohan Singh, his mother and former Congress President, Sonia Gandhi, for protecting the interests of the party and its symbol.

Gandhi’s speech clocked only a little over six minutes, but he spoke his mind out by attacking the divisive politics of the BJP.

Rahul said that crores of exasperated youth in India look at Modi but don’t see a way ahead. “They can’t figure out how they will get employment. Farmers wonder when they will get the right price for their crop yield.”

Defining his role at the end of his short and calm speech, Rahul said, “The session is debating on changes. We change our traditions but don’t forget the past.  The role of our seasoned politicians is indispensable in helping our young workers take the Congress party scale new heights.”

The two-day conference which brings together members of Parliament, MLAs, former ministers and party workers, will define a roadmap for the 2019 General elections and focus on grassroot workers.

NEW DELHI: The Congress on Saturday said it would impose a five per cent cess on the incomes of the top one per cent richest Indians, when it comes to power. The resolution on “Agriculture, Employment and Poverty Alleviation”, adopted at the party’s 84th plenary here, also said that the party shall create a National Poverty Alleviation Fund while this 5 per cent cess would “be used directly to give education scholarships to the children from Scheduled Castes, Scheduled Tribes, and other BPL families”. The Congress also noted that the rising levels of income inequality is a direct result of the “anti-poor policies” of the Narendra Modi government.