One year after Demonetisation, I still have Modi-fied hopes of getting Rs 15 lakh in bank account 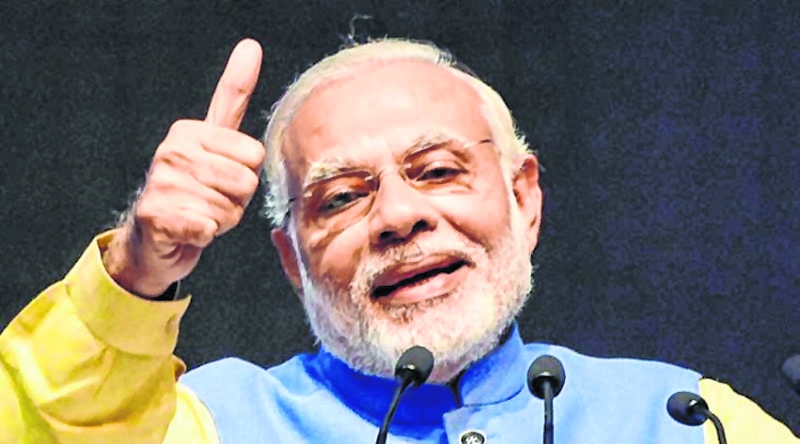 On November 8, the bravest Prime Minister from the pulpit announced that demonetisation will curb corruption and terrorism in the country and all we need to do is, give him 50 days and if demonetisation fails punish him as you see fit. In 2016 not even a week into it demonetisation, we did not care. Maybe terrorism and corruption will be done away with forever, maybe not but as of now (in 2016) my friend getting married to the love of his life was far more important.

The cards were printed, the guest list was ready, vendors were booked now the only thing missing was the legal cash. At this point some of the friends decided to chip-in and bail our friend out, obviously going Dutch was not enough, it was a wedding after all not a weekend dinner. Besides we all had to think about, “our friend will probably get married and maybe he will be happy (maybe for the rest of his life) but after the wedding who is going to feed us at least until the cash flow is back to normal?”

Jokes aside, friend managed to scrape through got married and I also managed to find food to eat but what demonetisation left behind was far more horrible than human mind could fathom. Scores of people standing in queue outside ATMs all over the country just to get hold of money which was rightfully theirs, they poured their blood, sweat and tears into the effort to earn that money. And the Prime Minister of the country denied its own people the right to access their own money.

Demonetisation exercise backfired with over 99 per cent of the demonetised Rs 500 and Rs 1,000 notes back in the banking system. According to the RBI annual report Rs 15.28 lakh crore came back, out of Rs 15.44 lakh crore in circulation. This gave the opposition to take a dig at Modi government.

The following week and for months to come stories of struggle, despair and hope started pouring in from all corners of the country. Struggle of getting hold of their own money and hope of fighting corruption and black money. People died. People died in an effort to get hold of their own cash. Stories of patients struggling to get medical aid because of lack money, dead bodies not being handed over to the family, common man not being able to get ration to have meal, the poor having to beg for money, the vendors did not get paid, there were all kinds of stories that were doing the rounds. Why would someone decide to bring such adversity on its people?

The demonetisation exercise had severe effects on day to day life. The ordinary life across the country was distributed. The rural areas had to face the worst of problems where access to banks and internet is a big problem. The informal economy was affected severely because of lack of cash. The liquidity squeeze led to a pile-up at wholesale markets, leading to a sharp decline in the Wholesale Price Index (WPI) of perishables such as fruits and vegetables in the immediate aftermath of demonetisation.

While the stories of struggle were making the rounds, the government was busy changing the narratives. From corruption and terrorism the narrative had changed to digitisation and digital economy but the common man still had no access to ‘HIS OWN MONEY’. The reports of former BJP Minister Janardhan Reddy’s daughter’s grand wedding raised quite a few eyebrows. And surely my friend who just managed to scrape through was not at all happy reading about all these stories.

Demonetisation exercise may have failed or maybe not, I am not an expert but people still stuck through with the Prime Minister because for the first time someone had taken the effort to speak against the corruption, steps were taken to curb corruption but it failed (at least in the short run). People stuck around thinking all this will benefit them somewhere down the line (in the long run). The common man thought the rich and the elite is finally going to suffer just like the poor and the downtrodden but the rich got away. Like they always do but that thought barely translated into action.

Maybe Modi sarkar is about ‘Jumlas’ but I for one believed that if demonetisation is being brought in and the new agreement between India and Switzerland is made then surely some of us may receive the much promised Rs 15 lakh, but sigh! However, Modi ji I trust in thee. Maybe another step against the cash flow or the economy or another heart-wrenching speech or maybe revise GST and then you will be able to give every tax paying Indian their much deserved Rs 15 lakh?

(Note: The views expressed in the article are personal by the writer)