On This Day in History: June 8, 1948 – India’s first international flight takes off from ‘Bombay’ 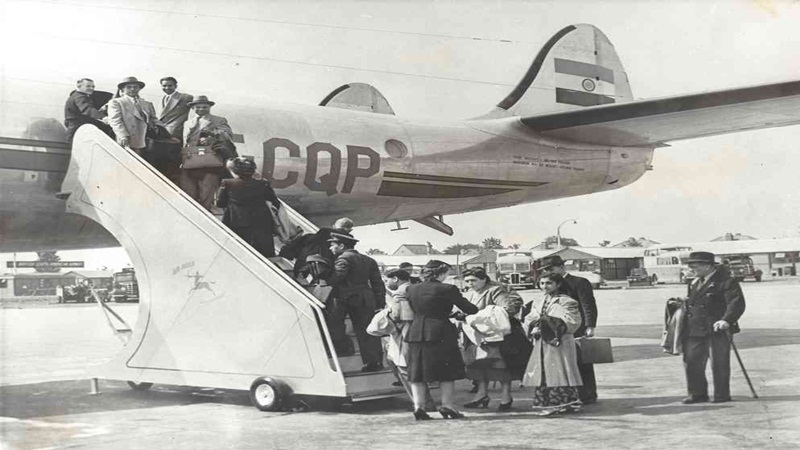 On this day, June 8, 1948, India’s first international flight departed from Mumbai (then Bombay). The aircraft ‘Malabar Princess’ travelled about 5,000 miles to reach London in a 24-hour trip with refueling stops at Cairo and Geneva. The Air India’s flight was a weekly service started between India and United Kingdom.

Malabar Princess was a 40 seater Lockheed L-749 Constellation, propeller-driven four-engine aircraft, registered as VT-CQS. According to a newspaper advertisement of that time, the cost of the ticket was Rs. 1,720. The captain of the flight was K R Guzdar. 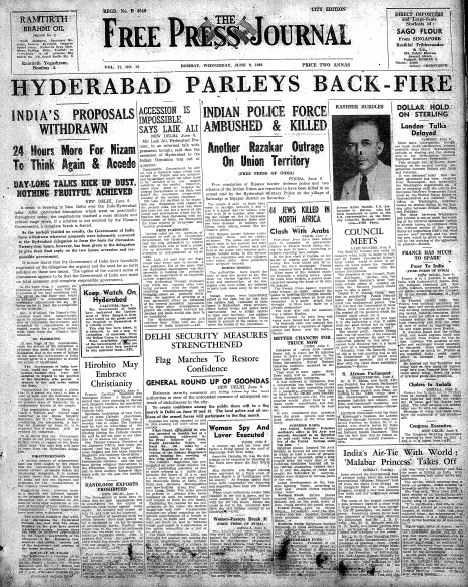 The aircraft had 35 passengers which included some prominent personalities like Maharaja Duleepsinhji, who was looking forward to watching the Ashes, his highness the Jam Saheb of Nawanagar, the Rajpramukh of Saurashtra, JRD Tata the father of Indian aviation and Indian cyclists H B Malcolm and R R Noble, who were to represent India at the Olympic Games at Wembley. 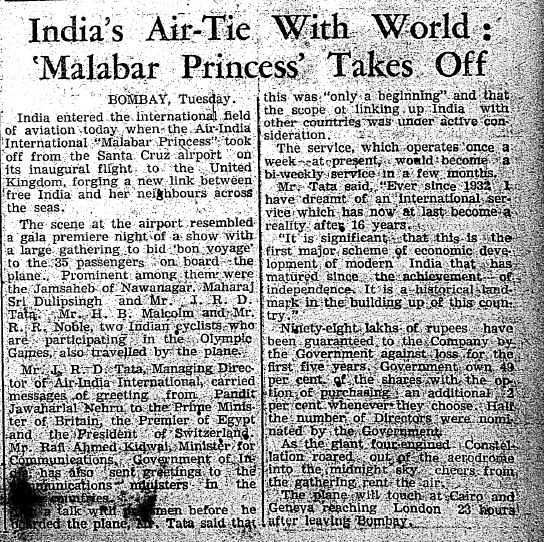