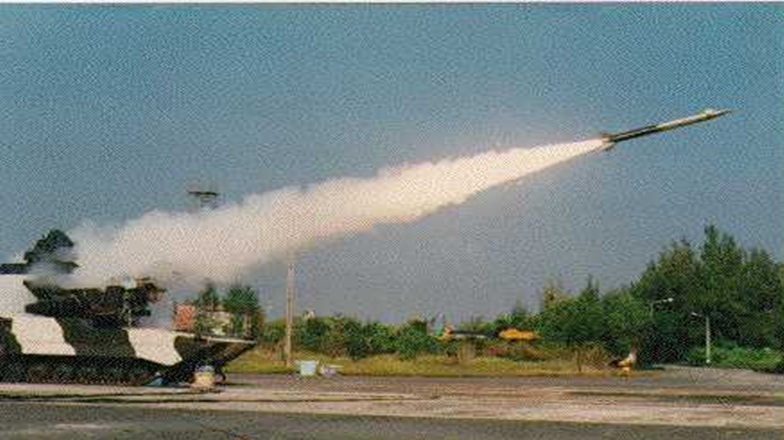 Trishul is a powerful missile which has a range of 9 kilometres and weighs 130 kg. It is capable of carrying a 15 kg warhead and can be employed against sea skimmers with a fire control radar. It is powered by a dual thrust propulsion stage using high-energy solid propellant.

In 1992, the missile was successfully tested against a target and reached Mach 2 speed. However, in 1997, Indian Navy expressed its displeasure in the delay in development of Trishul for the Brahmaputra-class frigates and rather opted for the Israeli Barak 1 Anti-missile defence system. By 1998, the missile had undergone over 24 flight trials and till 1998 it was inducted into service by Indian Army and Indian Airforce in 1999. However, in 2003, Indian government announced that the missile will be a technology demonstrator and will be de-linked from other projects.