OMG! Nach Baliye’s legless dancer Vinod Thakur is on ventilator; find out what happened to him 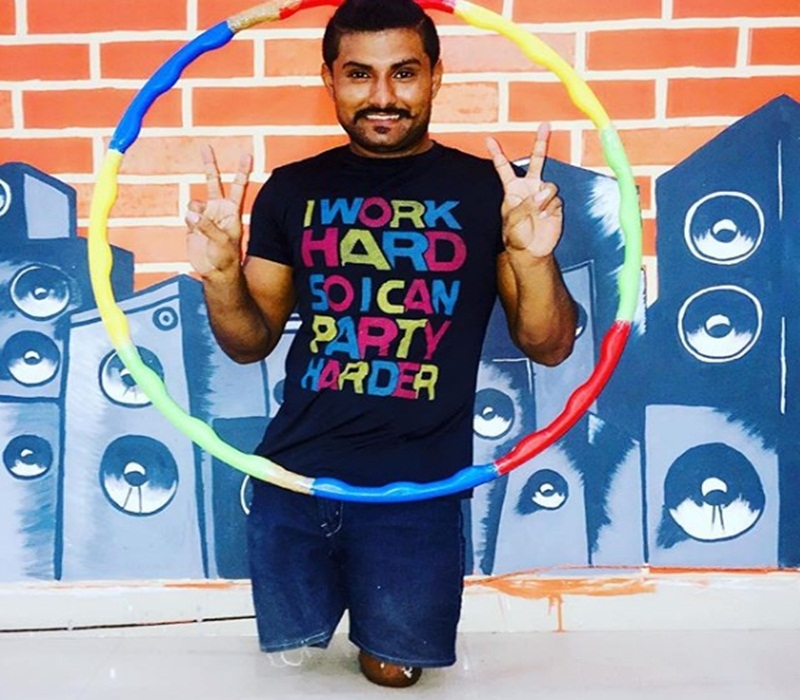 Legless dancer Vinod Thakur, who impressed everyone with his amazing dancing and athletic skills in the shows like Nach Baliye and India’s Got Talent, is now on ventilator. As per the SpotboyE report, the wheel-chair bound dancer collapsed while on his way to the Gateway of India while attempting a Guinness World Record.

On 29th April, Vinod was rushed to the Raksha Hospital at Malad and admitted to ICU in a critical condition immediately when the tragic incident happened. As per the report of the entertainment portal SpotboyE, his condition has worsened as he suffered a mid-heart attack. Sadly, the talented Vinod has been put on a ventilator.

As soon as he was admitted to the Raksha Hospital, he was attended by Dr Pranav Kabra, who said that Vinod is suffering from severe dehydration, low BP, irregular heartbeat and other medical issues due to the strain associated with the wheelchair journey. Vinod spokesperson Flynn Remedios also told a portal that if his health permit then he is likely to resume his wheel-chair journey on May 1.

Reportedly, the dancer was attempting a Guinness World Record of the longest wheelchair journey in association with the Nevada Putnan Foundation of Mumbai. He started his journey on his wheelchair from the India Gate at Delhi on March 18 covering almost 1,500 km on a wheelchair in a span of 40 days. He was originally scheduled to reach the Gateway of India in Mumbai on April 30, however, destiny wrote something else for him.