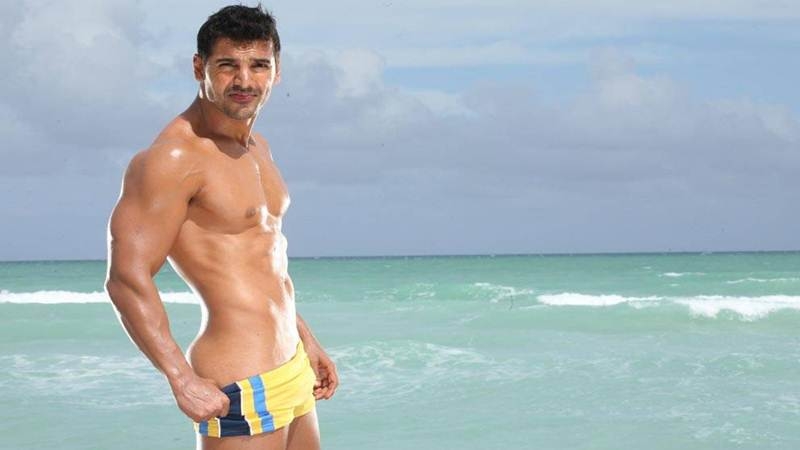 John Abraham is most remembered for that one time when he flaunted his body like no body else before, in his 2008 release ‘Dostana’. Millions of girls drooled over his six packs. His drop-dead good looks and fine chiselled body can easily give any actor a run for his money. John flaunted his washboard abs with yellow trunks grabbing all the attention. The image is still vivid in fans memories and now a Mexican gay cruise is apparently using John’s shirtless picture from ‘Dostana’ to promote their own venture, reportedly without his knowledge. Yes! a twitter user shared the image on social media and in no time it became viral.

It is an advertisement, where John’s picture has been used on the poster. The name on the poster is ‘Wet and Wild Gay’. As we know, in ‘Dostana’, John played the role of a straight guy who pretends to be a gay to stay in a rented apartment with Abhishek Bachchan playing his gay partner’s role. Interestingly, many of John’s fans have shared the picture and are saying that John will not mind as he is very chilled out guy.

Super curious if John Abraham knows they are using his image to promote gay cruises in Mexico. #Dostana pic.twitter.com/swURiDX793

Meanwhile, on the workfront, John will next be seen in ‘Parmanu’ which is directed by Abhishek Sharma and is based on the nuclear tests held in Pokhran in 1988.