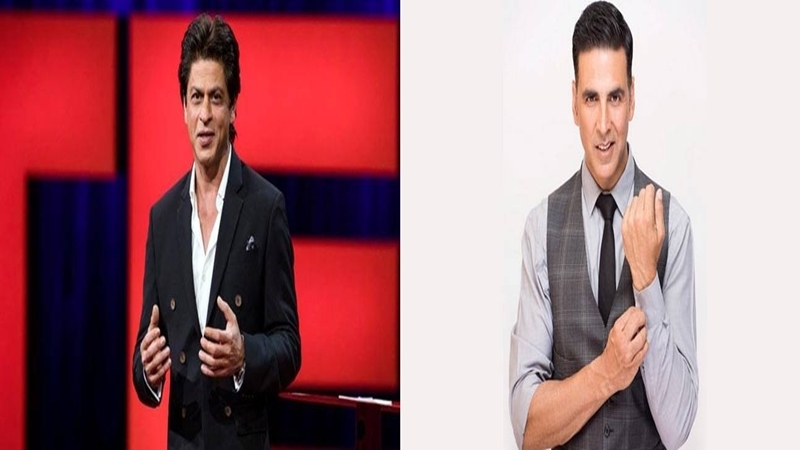 Shah Rukh Khan is all set to make his grand comeback on the small screen from his upcoming TV show which has never ever been seen on the Indian television. Yes, SRK will be seen hosting the show Ted Talks in India, in which he will interact with eminent personalities and unfold their inspirational stories and more interesting facts about their lives. However, the show seems to be getting postpone mid-November or December. And it is said to be because of Akshay Kumar. Now, isn’t that shocking?

Well, reportedly, these two actors were again set to clash at the box office last month, before SRK averted it. However, SRK is set to do the same again, as Akshay Kumar too is coming up with a show of his own, The Great Indian Laughter Challenge, where he will play a super judge. Even Farah Khan’s show Lip Sing Battle too will be airing around then, which will feature top celebs.

According to sources of DNA, “Shah Rukh’s show is also slated for weekends, and they want a very good slot for it — either in the morning or evening. They are looking at building it up like Aamir Khan’s Satyamev Jayate, as Ted Talks is also very informative. They want to open it in a big way. Even SRK is not in a rush. His last few releases haven’t fared very well at the box office and he is very particular about his comeback show. So, they have decided to wait it out and take a call on it later.”

Amidst all, SRK’s Ted Talks India is considered as one of the most talked and anticipated shows of Indian television. After all, there were rumours suggesting that he SRK will be inviting the likes of Karan Johar, Google CEO Sundar Pichai, Javed Akhtar and much more. Reportedly, the show was initially planned to go on air in October, however, due to its postpone, it seems like his fans have to wait until November or December.