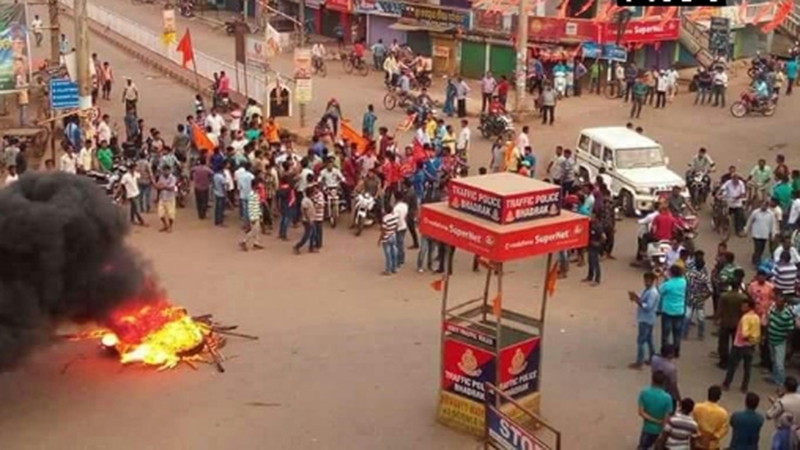 Cuttack: The Orissa High Court has directed that the Sriram Maha Yajna Samiti of Bhadrak shall be permitted to perform rituals for Ram Navami and take out the Kalass Sobhayatra’ and procession in the same manner and through the same route as was permitted in 2017.

The state government and the district administration, including Bhadrak collector and SP, were directed by the high court yesterday to take adequate measures to prevent any untoward incident and ensure that there was no communal tension or rioting during the procession and performance of other related rituals on the auspicious day.

After this direction was given by the division bench of Chief Justice Vineet Saran and Justice B R Sarangi, the same was communicated to the respondents immediately by the additional government advocate. According to reports reaching here, the prohibitory orders promulgated in Bhadrak were relaxed for six hours in the afternoon and the Kalass Sobhayatra was performed peacefully yesterday.

Earlier, the petition filed by the Samiti general secretary Manas Mohanty seeking directions to the state government for allowing the Samiti to take out the procession in the same route and performance of other rituals of the Ram Navami, was dismissed by a single-judge bench of the High Court on March 15 this year.

Challenging the March 15 order, senior advocate Pitambar Acharya moved the division bench contending that the March 15 order was passed based on wrong facts. Acharya told the court that there was no communal violence in Bhadrak during the Ram Navami procession in 2017. He argued that the restrictions imposed by the local administration this year are highly “unreasonable”.

Acharya further contended that it was a wrong administrative decision by the state government to ban such religious processions or change the routes of the processions, which have been followed in the locality for last several years.