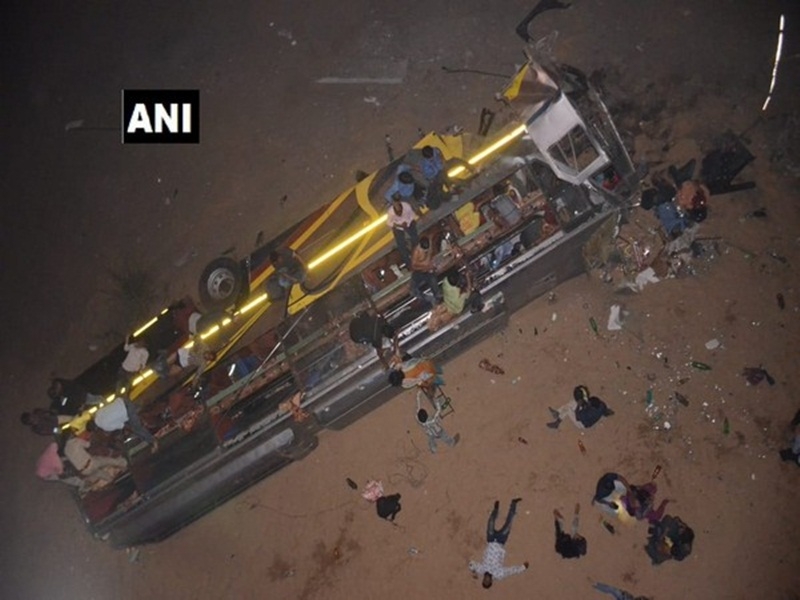 Cuttack (Odisha): The death toll in Cuttack bus accident that took place on Tuesday near Jagatpur has increased to 12.Union Minister Dharmendra Pradhan, who visited the accident spot to take stock of the situation, said, “The bus which met with an accident was coming from Talcher and plunged off the bridge on Mahanadi River in Cuttack. So far, 12 people have lost their lives.”

The minister further said that many people were also injured in the accident and have been shifted to the hospital. Pradhan also visited the hospital to meet the injured people. “The administration is working on rescue and relief operation,” he said.Odisha Chief Minister Naveen Patnaik announced an ex-gratia of Rs 2 lakh to the next of kin of those who were killed in the mishap. Expressing sorrow over the loss of lives in the accident, Patnaik said that free treatment would be provided to those who sustained injuries in the incident.The bus carrying around 30 passengers fell off the Mahanadi Bridge after it hit a buffalo.