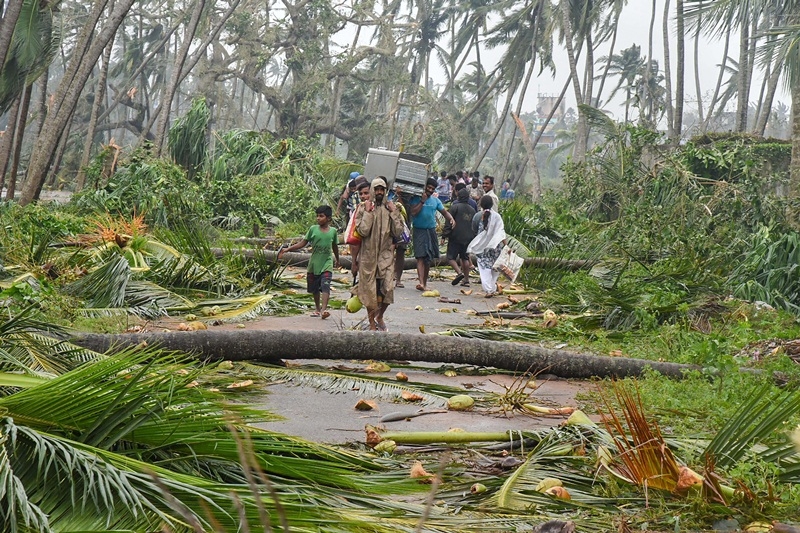 Bhubaneswar: The Odisha government on Tuesday confirmed that the death toll in the very severe cyclonic storm Titli and subsequent flooding in the state has increased to 26, while 57 lakh people have been affected. “Eighteen victims were reported in Gajapati district alone. Of these, 15 of them were killed in a landslide in Baraghara village,” said Special Relief Commissioner (SRC) Bishnupada Sethi.

Three deaths were reported in Ganjam and one each from Angul, Cuttack, Keonjhar, Nayagarh and Kandhamal districts, said the SRC. The district collectors have been asked to sanction Rs 4 lakh ex-gratia each to the victims’ next of kin, Sethi said.

He said about 900 kms of roads in 35 blocks of Ganjam, Gajapati, Rayagada and Kandhamal have been severely damaged while 1.48 lakh hectares of paddy crops in these districts were completely destroyed. The concerned departments will submit a preliminary report on damage assessment by Wednesday. Chief Minister Naveen Patnaik, who turns 73 on Tuesday, has decided not to celebrate his birthday due to the large-scale damage and human suffering caused due to the cyclone that made landfall in the state on October 11.