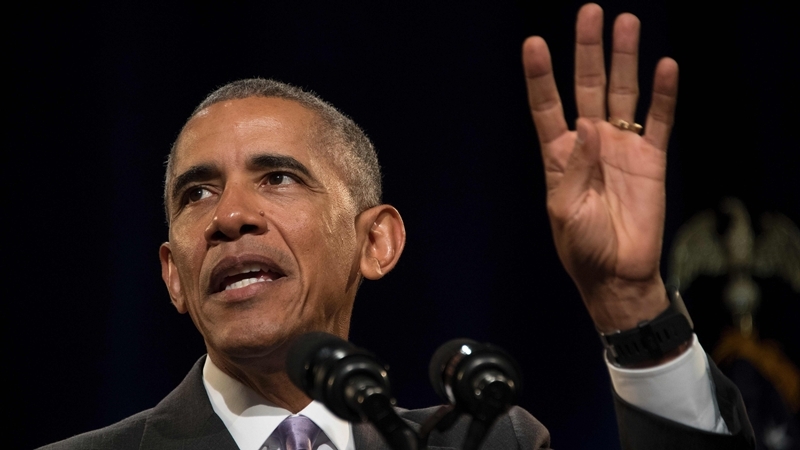 Washington: In his parting message before Donald Trump takes over, President Barack Obama on Thursday assured Americans that “we’re going to be OK” but vowed to protect US’ “core values” and speak up against issues like discrimination, muzzling of press freedom and rounding up of young immigrants. “At my core I think we’re going to be OK,” Obama said as he concluded his final news conference at the White House. “We just have to fight for it, work for it, and not take it for granted,” he said.

Obama said he has given his best advice to his successor Trump to whom he would pass on the baton on Friday. “I have offered my best advice, counsel about certain issues both foreign and domestic,” Obama said, describing his conversations with the President-elect. “And my working assumption is, is that having won an election opposed to a number of my initiatives and certain aspects of my vision for where the country needs to go, it is appropriate for him to go forward with his vision and his values. I don’t expect that there’s going to be enormous overlap,” the 55-year-old said.

However, he said any effort to enforce systematic discrimination, erode voting rights, muzzle the press or round up young immigrants, would cause him to speak out. “There’s a difference between that normal functioning of politics and certain issues or certain moments where I think our core values may be at stake.” During the campaign, Trump vowed to ban Muslims from entering the United States and deport millions of illegal immigrants.

After Trump’s victory in the November 8 presidential elections, Obama has met his successor only once, but the two leaders have spoken over phone quite frequently with the last one being reported to be on Monday. “I won’t go into details of my conversations with President-elect Trump. They are cordial. At times they’ve been fairly lengthy and they’ve been substantive. I can’t tell you how convincing I’ve been. I think you’d had to ask him whether I’ve been convincing or not,” he said when asked about the details of his conversations.

Hours before he demits the White House, President Barack Obama made a farewell telephone call to Prime Minister Narendra Modi to thank him for his partnership that enhanced Indo-US strategic ties and reviewed the significant progress achieved on the economic and security fronts, including on defence and civil nuclear energy.