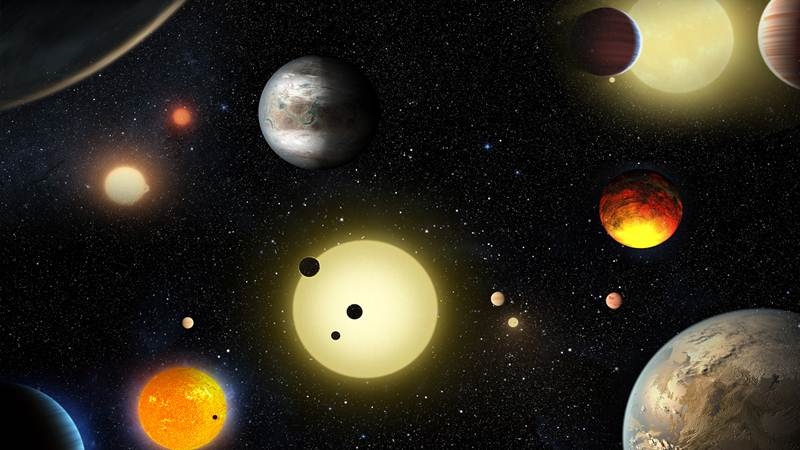 Washington: Yale researchers have found a new data-driven method to detect distant planets and refine the search for worlds similar to the Earth. The new approach relies on mathematical methods that have their foundations in physics research, according to PTI.

Rather than trying to filter out the signal “noise” from stars around which exoplanets are orbiting, scientists studied all of the signal information together to understand the intricacies within its structure.

“It requires nothing but the data itself, which is a game changer,” said John Wettlaufer, Professor of Geophysics, Mathematics and Physics at Yale University in the US. “Moreover, it allows us to compare our findings with other, traditional approaches and improve whatever modelling assumptions they use,” said Wettlaufer.

The search for exoplanets – planets found outside our own solar system – has increased dramatically in recent years. The effort is motivated, in part, by a desire to discover Earth analogues that might also support life, researchers said.

Scientists have employed many techniques in this effort, including pulsar timing, direct imaging, and measuring the speed at which stars and galaxies move either towards or away from Earth. Yet each of these techniques, individually or in combination, presents challenges.

Primarily, those challenges have to do with eliminating extraneous data – noise – that does not match existing models of how planets are expected to behave. In this traditional interpretation of noise, searches can be hampered by data that obscures or mimics exoplanets.

Wettlaufer and his colleagues decided to look for exoplanets in the same way they had sorted through satellite data to find complex changes in Arctic sea ice. The formal name for the approach is “multi-fractal temporally weighted detrended fluctuation analysis” (MF-TWDFA).

It sifts data at all time scales and extracts the underlying processes associated with them. “A key idea is that events closer in time are more likely to be similar than those farther away in time. In the case of exoplanets, it is the fluctuations in a star’s spectral intensity that we are dealing with,” Wettlaufer said.

The researchers confirmed the accuracy of their methodology by testing it against observations and simulation data of a known planet orbiting a star in the constellation Vulpecula, about 63 light years from Earth. The study was published in The Astronomical Journal.