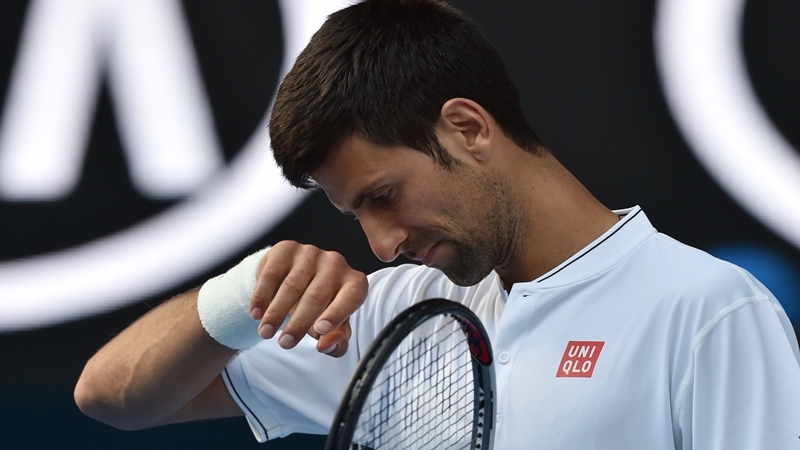 Melbourne: Former world number one Novak Djokovic, who is all set to make a return in Abu Dhabi this week, has said that his six-month injury-layoff from tennis had taught him not to take things for granted in his career. The Serbian maestro has not played a match since being forced to retire from his Wimbledon quarterfinal against Tomas Berdych due to an elbow injury.

Though Djokovic was expected to make a return in 2018, he has decided to start his season early at the Mubadala World Tennis Championship, beginning in Abu Dhabi tomorrow. Having won the tournament back in 2013, the 12-time Grand Slam champion has opted to use the three-day exhibition competition as part of his warm-up for the season-opening Australian Open.

Describing his injury agony as a `roller-coaster ride`, Djokovic asserted that it was a really big call for him to skip a Grand Slam as he has never done so in his professional career.

“It’s been a really roller coaster ride for me for a year and a half with this (elbow) issue.I’ve never had surgery in my life, I’ve never had any major injuries that kept me away from the tour for such a long time. Never missed a grand slam in my professional career. It was a big decision, a big call to make,” news.com.au quoted Djokovic, as saying.

“And, I could not make that call for a long time until, I got to the point where the universe just sent me something, that it was inevitable for me. I couldn’t play anymore, there was no choice. It was like, ‘That’s it, you can’t lift your arm’,” he added.

Djokovic, however, believes that his decision to take time off would surely pay dividends at Melbourne Park.

“I’ve learned a lesson because I really want to avoid getting to that stage of an injury ever (being) in my career after this.And it was a great lesson to learn to be honest.It was not easy for me to be absent for so long, I’m looking forward to speak to you more hopefully in the year to come,” the Serbian maestro said.

As a consequence of his absence,Djokovic saw his world ranking slip to 12, his lowest spot in last 10 years.

The season-opening Australian Open will begin on January 15 and will run until January 28.