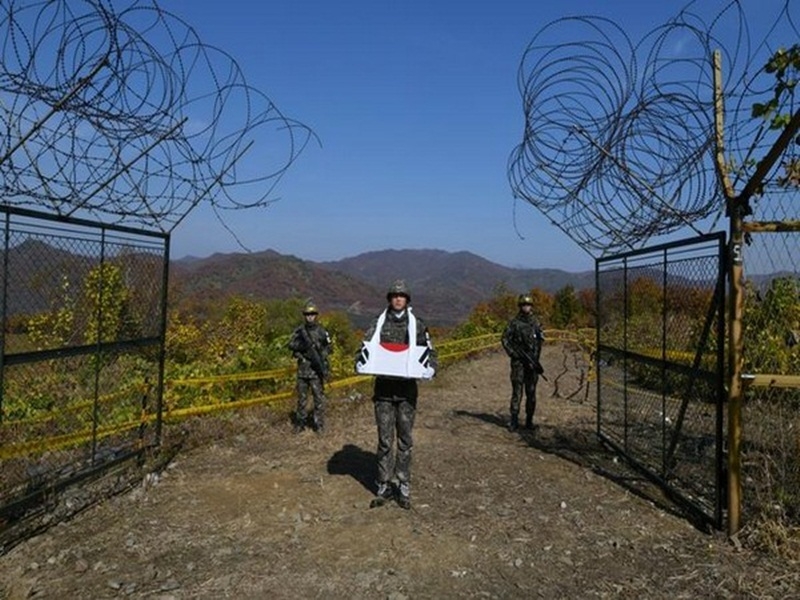 Seoul: North and South Korea on Thursday agreed to withdraw 11 border guard posts from either side and verify their removal by next month. The two sides also agreed to establish a joint military committee aimed at reducing border tensions at the earliest date. During the general-grade military talks at Panmunjom border village, situated in the Demilitarised Zone (DMZ), the two Koreas also decided to form a joint team comprising 10 government, military and civilian staffers from each side for conducting research on the Han River estuary for ensuring safe navigation of the civilian vessels, which has been restricted due to border tensions, Yonhap News Agency reported.

From South Korea, Major General Kim Do-gyun led a delegation, while Lieutenant General An Ik-san represented the North Korean side. “The South and North agreed to make active efforts to implement the military agreement to enforce the historic Panmunjom declaration, and to this end, agreed to have close consultations through military talks and exchanges of documents,” a statement by the two Koreas read. Apart from this, the two sides held the meeting to review and implement the military agreement which was signed by North Korean leader Kim Jong-un and South Korean President Moon Jae-in during their meeting in Pyongyang last month.

The divided Koreas also reaffirmed their commitment to cease all hostile acts against each other on land, sea and air from November 1 and start new procedures for commencing military operations, the Yonhap report said. Both North and South Korea agreed to contribute jointly to prepare for a project thoroughly to excavate mortal remains of soldiers killed in 1950-53 Korean War in the DMZ, which is scheduled to begin in April next year. Inter-Korean relations have dramatically improved this year following Moon’s meetings with Kim in the past few months. The two Korean leaders have met thrice — in April, May and September – agreeing to cease hostilities against each other, strengthening inter-Korean cooperation and achieving complete denuclearisation in the Korean Peninsula.