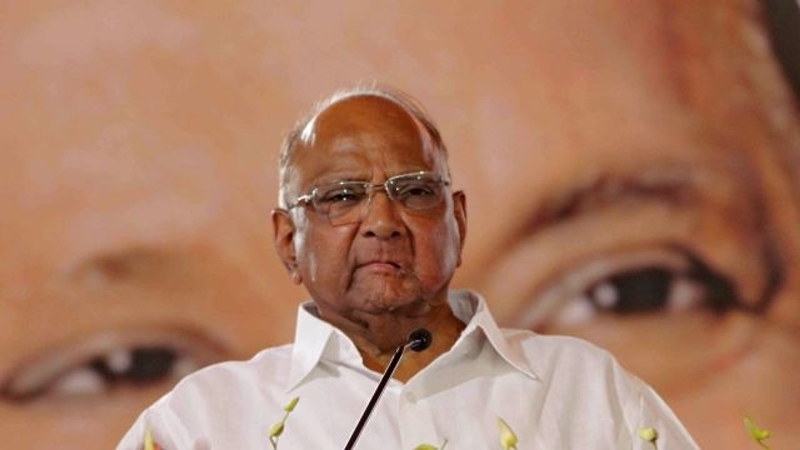 New Delhi: NCP supremo Sharad Pawar on Thursday said non-BJP parties will come out with a common minimum programme to take on the government, while expressing concern over “assault” on institutions like the CBI and the RBI. He said Andhra Pradesh Chief Minister and TDP president N Chandrababu Naidu will take the initiative and talk to other non-BJP parties, including the Congress, on the matter.

Thereafter, a meeting will be convened in the national capital to chalk out a plan, Pawar said after meeting Naidu and National Conference (NC) president Farooq Abdullah here. “If we collectively work to save democracy, we can definitely save the institutions. Chandrababu (Naidu) will talk to other state political leaders in this regard,” the NCP chief told reporters. Alleging that the situation in the country seems to be “deteriorating” day by day as there is “assault” on institutions like the CBI and the RBI, he said there is a need to work for the common cause of “saving the country and democracy”. A common minimum programme will be drafted once the non-BJP parties come on board to discuss the matter, Pawar said.

It was Naidu’s suggestion that all non-BJP parties should meet, discuss the current situation in the country and take some steps, he added. Voicing concern over the “difficult” times the country is going through, Abdullah said, “Today, democracy is in danger and people are in danger. That is why we all met and decided to work out a common minimum programme to save democracy, institutions and the nation.” Naidu, a former BJP ally who quit the NDA early this year over the Centre’s refusal to grant special status to Andhra Pradesh, said he will meet non-BJP political leaders, including Congress president Rahul Gandhi, and convince them about the need to fight collectively against the BJP.