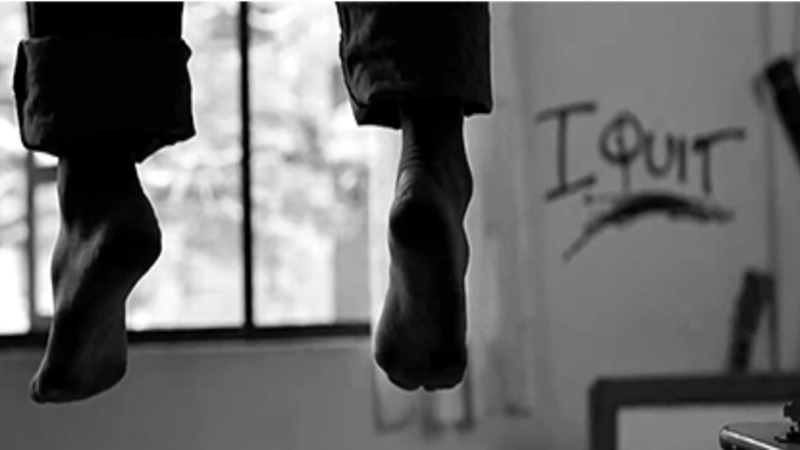 Noida (UP): A 35-year-old senior executive of a global IT company, who was temporarily suspended following complaints of sexual harassment at workplace, allegedly committed suicide at his Noida home, police said Thursday.

Swaroop Raj, an assistant vice-president in Genpact, was found hanging from the ceiling fan by his wife at their Sector 137 home Wednesday, police said. Raj was barred by the company from taking any official work pending inquiry into the allegations made against him by two employees recently, police said. He had joined the company in 2007 and was promoted to the senior post recently, they said.

Police reached the spot and sent his body for postmortem after being informed about the incident, Senior Superintendent of Police (SSP) Gautam Buddh Nagar Ajay Pal Sharma said.

The SSP said, a purported suicide note was also found from the spot which was addressed to his wife. In the note, Raj claimed that the allegations against him were “baseless” but people would “look at him with the same eye even if he comes clean”.

“I want to let you know how much I love you. Two of the employees have alleged me with sexual harassment but trust me I didn’t do anything. I know the world will understand this but, you and our families should trust me. The allegations are baseless and the entire Genpact will soon know about it,” the letter read.

“I don’t have the courage to face everyone. I want you to be strong and live your life with respect, your husband has not done anything. I am leaving as everyone will look at me with eyes of disgust even if I come clean,” the note read.

Confirming the temporary suspension, Genpact condoled the death but maintained that it would prefer to protect the privacy of Raj and not divulge the details of the complaint.

“The complaint made serious allegations of sexual harassment which are being duly investigated by the Internal Complaints committee (ICC). To have a fair, uninfluenced inquiry, he was placed under temporary suspension pending the closure of the inquiry in line with legal requirement and company policy so that ICC could carry out a reasonable investigation into the allegations received from two female employees,” a company spokesperson told PTI.

He further said, “This is a very difficult time for all of us, as an organisation and as friends and colleagues of the deceased our hearts go out to his family in this time of grief. We implore the public and media to give them space and dignity they deserve.”

No complaint has been made by the family of the deceased but taking cognisance of the matter, the police is probing the matter on their own, SSP Sharma said.