No need to worry about Islamic State in India: Rajnath Singh 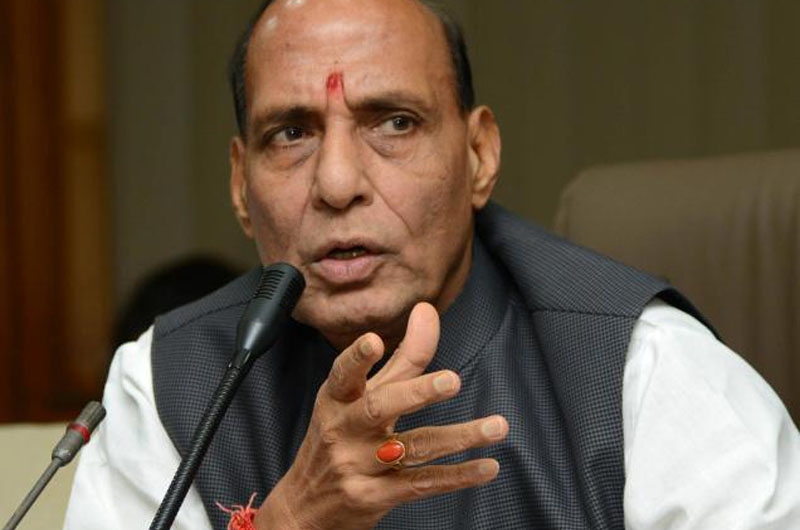 New Delhi: Home Minister Rajnath Singh on Wednesday assured that there is no need for Indians to be concerned about Islamic State (IS) as the terror group has little penetration in the country.

“There is no need for Indians to be worried about IS (penetration) in India. If a few youth get radicalised by them, we also have counter-radicalisation programmes,” Rajnath told the Rajya Sabha.

In response to a question by a member whether unemployment and poor socio-economic background — and not just religious fundamentalism — were responsible for Indian youths’ radicalisation, Rajnath ruled out the possibility.

“We are running several programmes for socio-economic uplift of minorities, including for the Muslims. These include skill development programmes, easy bank loans for business etc,” Singh said.

Congress leader Digvijaya Singh asked the Home Minister if Saifullah, killed in a police encounter in Lucknow on March 8, had links with the IS. He said an American intelligence website said as much.

To this, Rajnath Singh said that the National Investigation Agency (NIA) was probing the matter. He said that “because of things found on Saifullah, some people concluded he had links with IS”.

Earlier, Minister of State for Home Hansraj Gangaram Ahir said that the number of Muslim youth who have been radicalised so far by the IS was miniscule in comparison with the Muslim population in India.

“There is not much presence of IS in India. So far only 80 youth have been found to be radicalised by IS through social media and internet, which is a negligible number.

“We are monitoring the social media etc round the clock to check further spread of IS,” Ahir said.

He pointed out that even Muslim clerics in India have urged the youth not to join the IS or be influenced by their propaganda, which he said was a welcome step.

Ahir also informed the House that 22 persons from Kerala had tried to join the IS. Of these, the NIA has taken action against 16 persons. The rest, he said, included women and children and their cases were being looked into.

Ahir also said that unemployment could not be a reason behind the radicalisation of some Muslim youth as unemployment or poverty in the country was “not restricted to just one community or religion”.

He said that Muslim youth also get employment on merit.