No communication from Narayan Rane so far on joining party, says BJP 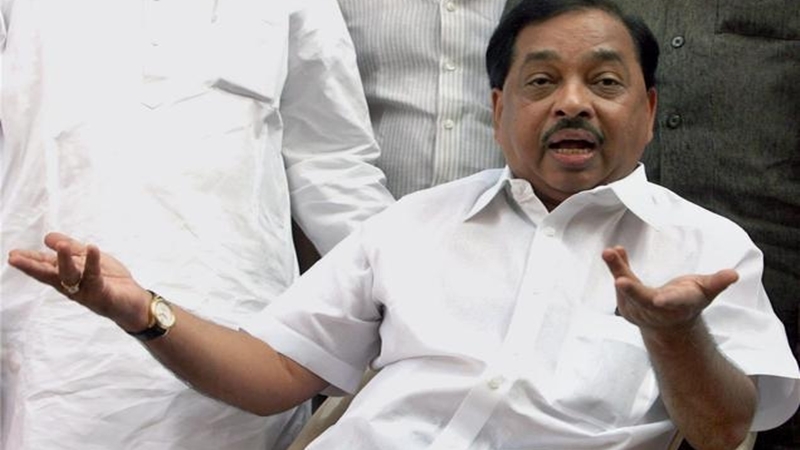 Mumbai/Pune: The BJP today said that although it has not received any formal communication from former Congress leader Narayan Rane, any decision about his joining the party will be taken by the top brass.

Putting an end to months of speculation yesterday, Rane announced his resignation from the party amid indication that he was veering towards an innings in the ruling BJP. Maharashtra Revenue Minister Chandrakant Patil, when asked by reporters about Rane’s entry into the BJP, said, “I have no authority to give him any offer, so I cannot speak on the issue. Since Rane was a chief minister himself, the decision (on his entry) will be taken at the level of Chief Minister and national president Amit Bhai (Shah).”

Patil, who is considered ‘number two’ in the Devendra Fadnavis government, added that the subject (of Rane’s entry into the BJP) has not yet figured in the party’s core committee meeting. The minister was speaking to reporters on the sidelines of an event organised by Atlas Copco, which announced successful completion of ‘Water for All’s Jaldoot project’ that was undertaken in co-operation with NGO Sevavardhini.

In the recent past, Patil had said that he was ready to hand over his post to Rane if he joined the party. Meanwhile, speaking to reporters at the state BJP head office in Mumbai, party’s chief spokesperson Madhav Bhandari said, “Why should we react until Narayan Rane himself tells it to us?” Sources in the BJP said that the core committee of the party has held no meeting so far over the issue.

“If at all Rane officially communicates his decision to join the party, the state leadership will have to communicate the same to the party’s central leadership,” the source said. He added that the party’s two-day national executive is scheduled to be held from September 25 in the national capital. Rane, who announced his much-awaited decision in his home turf Sindhudurg district in the coastal Konkan region on Thursday, accused the Congress of reneging on the promise of making him the chief minister when he joined the party 12 years ago after leaving the Shiv Sena. The 65-year-old Konkan strongman is yet to decide on his next political move.