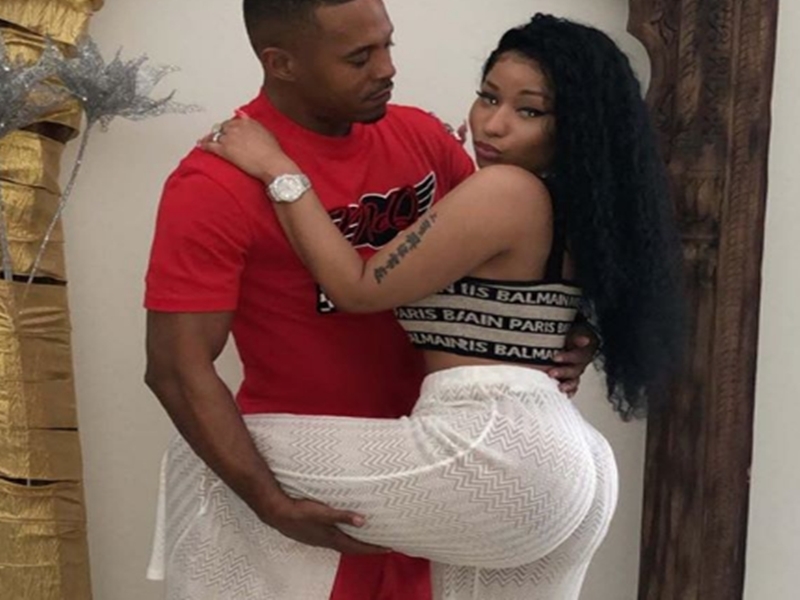 Washington: Nicki Minaj and Kenneth Petty have seemingly confirmed their romance with Minaj’s recent Instagram pictures. Over the weekend, the rapper made her relationship with Petty Instagram official. The ‘Barbie Dreams’ star posted a series of photos and videos from her birthday getaway, including a photo that showed her cuddling up with him.

The 36-year-old rapper posted a picture in which she can be seen wrapping her arms and leg around him. She also shared a separate click of him looking off into the distance. Minaj captioned the post as, “Did you ever make it out of that town where nothing ever happens?…it’s no secret.that both of us.are running out of time.” Petty also shared the same photo of himself getting cozy with Nicki on his Instagram account.

Did you ever make it out of that town where nothing ever happens?… it’s no secret… that the both of us… are running out of time…🎀🎈🥳♥️

This wasn’t the first time Minaj had posted a picture of Petty. The two had sparked romance rumours last month after the ‘Bang Bang’ rapper shared a photo of the duo hanging out. Although, some of Minaj’s fans have expressed concern over her new relationship as Petty is a registered sex offender in the state of New York, reported E! Online.

Overall, it looked like Minaj had a great birthday celebration. She also shared a video of her crew singing “Happy Birthday” and celebrating with a cake and captioned the video as, “Yesterday was super duper sleezy.” Earlier in March, the rapper dropped her fourth studio album ‘Queen’, which ended up bagging the number two position on the Billboard 200. Minaj also released some amazing collabs with Ariana Grande, Post Malone, Jason Derulo, BTS, Little Mix, Lil Wayne, Eminem and others, this year.

Adding another feather to her already stocked hat this year, she also started her own Beats 1 radio show on Apple Music, called ‘Queen Radio’.