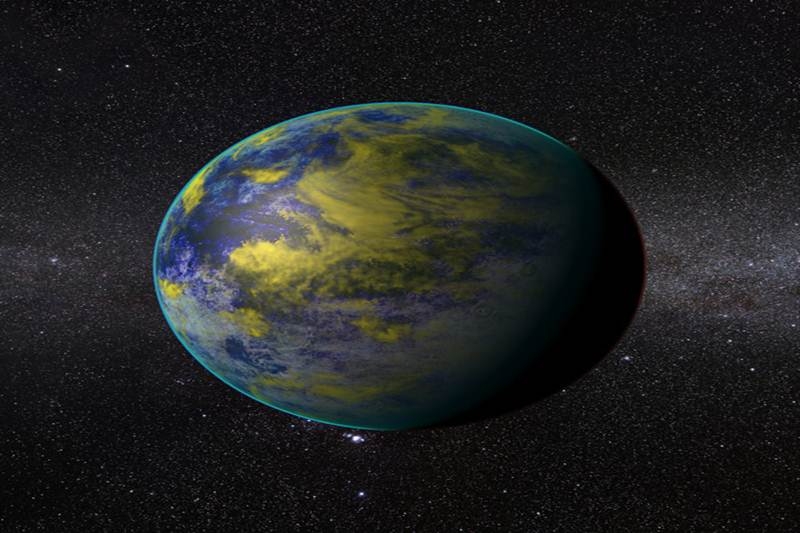 Washington: The search for habitable, alien worlds needs to make room for a second “Goldilocks,” according to a new study which suggests that simply being in the habitable zone is not sufficient for planets to support life.

Also Read: Where to search for life outside our solar system

For decades, it has been thought that the key factor in determining whether a planet can support life was its distance from its sun.

In our solar system, for instance, Venus is too close to the Sun and Mars is too far, but Earth is just right. That distance is what scientists refer to as the “habitable zone,” or the “Goldilocks zone.”

It also was thought that planets were able to self-regulate their internal temperature via mantle convection – the underground shifting of rocks caused by internal heating and cooling.

A planet might start out too cold or too hot, but it would eventually settle into the right temperature.

The new study by researchers at Yale University in the US suggests that simply being in the habitable zone is not sufficient to support life. A planet also must start with an internal temperature that is just right.

“If you assemble all kinds of scientific data on how Earth has evolved in the past few billion years and try to make sense out of them, you eventually realise that mantle convection is rather indifferent to the internal temperature,” said Jun Korenaga, professor of geology and geophysics at Yale.

Korenaga’s general theoretical framework explains the degree of self-regulation expected for mantle convection and suggests that self-regulation is unlikely for Earth-like planets.

“The lack of the self-regulating mechanism has enormous implications for planetary habitability,” Korenaga said.

“Studies on planetary formation suggest that planets like Earth form by multiple giant impacts, and the outcome of this highly random process is known to be very diverse,” said Korenaga.

Such diversity of size and internal temperature would not hamper planetary evolution if there was self-regulating mantle convection, Korenaga said.

“What we take for granted on this planet, such as oceans and continents, would not exist if the internal temperature of Earth had not been in a certain range, and this means that the beginning of Earth’s history cannot be too hot or too cold,” Korenaga added.

The study was published in the journal Science Advances.