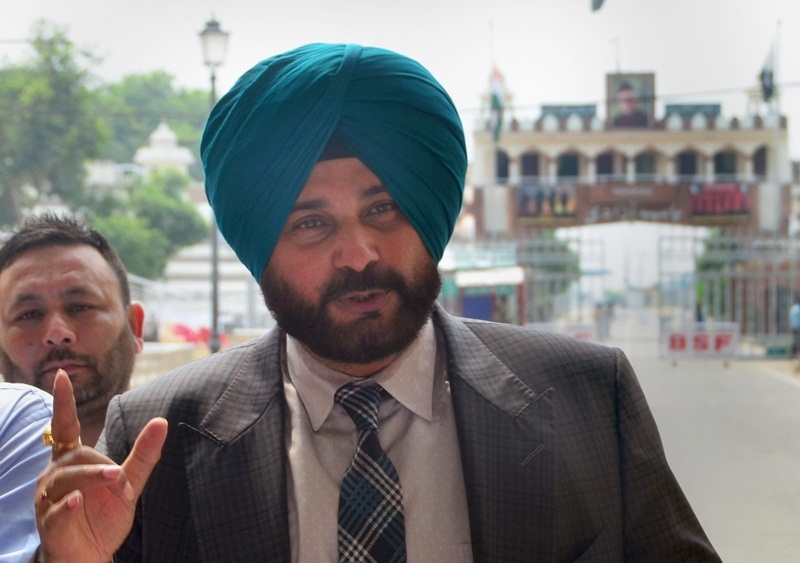 A hug by former cricketer and Punjab Minister Navjot Singh Sidhu to Pakistan’s Army chief Qamar Javed Bajwa has turned into a controversy. While even Punjab Chief Minister Amarinder Singh slammed Sidhu for the hug, now a Bajrang Dal leader has offered Rs 5 lakh to anyone who brings the head of Navjot Singh Sidhu.

According to reports, a video of Sanjay Jaat, the president of the Rashtriya Bajrang Dal, Agra unit, is doing rounds on social media, where he has put up a reward of Rs 5 lakh to anyone who beheads Sidhu. In the viral video, the Bajrang Dal leader is showing a cheque of Rs 5 lakh and making an announcement that he will give it to anyone who slashes Sidhu’s head and brings it to him.

In the video, he says, “He is a traitor and his act is unpardonable. Treason charges should be slapped against him. Sidhu seems to have forgotten teachings of Sikh Guru Govind Singh. How can he hug Army Chief of the enemy nation who is responsible for killings of our soldiers?” He also announced that he will ban Sidhu’s entry to Agra and will welcome him with shoes if he ever tries to visit Agra.

Earlier, a complaint was filed in Bihar court against Navjot Singh Sidhu seeking registration of a case against him under sedition and other charges for hugging Pakistan’s Army chief. The complaint was filed by advocate Sudhir Kumar Ojha in the court of Chief Judicial Magistrate (CJM) Hari Prasad. The court fixed August 24, 2018, as the date for hearing the matter.

After drawing flak, cricketer-turned-politician Navjot Singh Sidhu said that he was prepared to give a strong reply to all when needed. Sidhu told PTI, “Whenever the reply has to be given, I will give and I will give it to all… It will be a strong reply.”