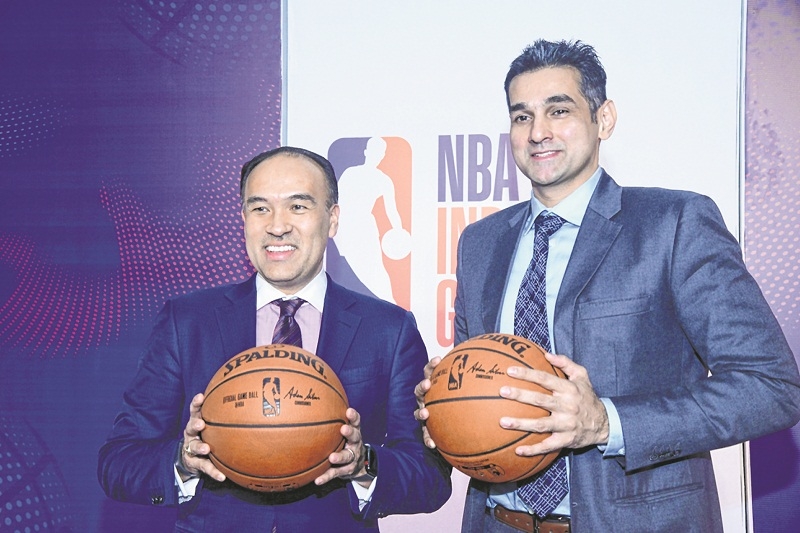 Mumbai: The world’s most popular professional basketball league, the NBA, Thursday announced it will bring two pre-season games to India next year, making it the first North American sports league to foray into the country. The National Basketball Association (NBA) announced that the Indiana Pacers and the Sacramento Kings will play in two pre-season games in Mumbai on October 4 and 5 next year.

“We thank the Kings and Pacers organisations for participating in this historic event,” he added. In addition to the games, the league and its partners would conduct interactive fan activities, junior NBA youth basketball programming and NBA Cares community outreach events.

The Kings, under the leadership of the NBA’s first Indian-born majority owner and Mumbai native Vivek Ranadive, currently features 2018 No. 2 overall draft pick Marvin Bagley III, 2017 No. 5 overall draft pick DeAaron Fox and 2016 No. 6 overall draft pick Buddy Hield (Bahamas). Draft picks are players who are eligible to compete in the NBA, selected by the competing teams.