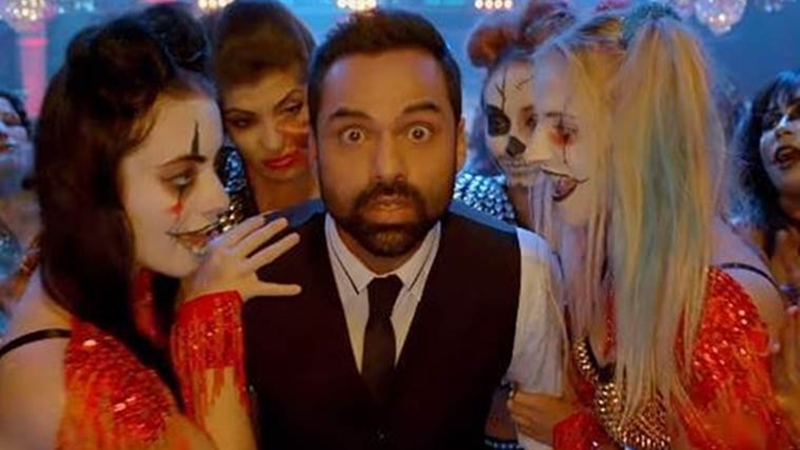 A dark comedy, this ghost-in-love-with-human-story has a local thug Nanu(Abhay Deol) who indulges in forcibly usurping property rights of legitimate flat owners, experiencing a crisis of confidence and purpose after he tries, albeit unsuccessfully, to save an accident victim, Siddhi (Patralekha).

The script by Manu Rishi Chadha based on the original story by Myshkin (credited for the 2014 Tamil film ‘Pisassu,’) may not be of a high order but it does have it’s sportive, loony moments. When Nanu begins to behave out-of-character following his tryst with the ghost, it’s amusing and we hope it will lead-up to something more substantial. But the plotting is so uneven and the tone equally unenterprising that what was intended to be funny ends up bordering on the tedious. The director Faraz Haider is unable to flush out the humorous moments with any consistency. It’s all so sincere and seriously enacted that it’s all lost in the moralistic, preachy, sermonising that comes at the end.

The film opens with Nanu and his team kicking open the door of his landlord’s home in an attempt to forcibly gain his signature on the transfer deed of the flat they had previously rented. Then comes the Bollywood style dancing with Sapna Choudhary at a local wedding and indeterminate nights spent carousing the hot-spots for one-night-stands. But all that cynical aggro gets neutered the minute Siddhi loses her life.

Manu Rishi is the only one who makes a distinctive attempt to act funny. The rest are a little too laidback to be effective. Rajesh Sharma as the bereft father, desperate to keep his daughter’s memory alive aims straight for the heart and is somewhat effective while Manoj Pahwa plays the suspected culprit with a degree of panache that deploys effectively enough, within the plotting. The special effects are neatly done but there’s no real attachment here. Men are seen hanging from the ceiling or floating in thin air, the ghost uses a young girl as it’s medium to teach a lesson to a brutish, abusive husband and an attempt at exorcism goes haywire when the lady and her two sidekicks themselves have to bear the brunt of the ghost’s monkey business. Unfortunately, all this doesn’t amount to being funny.

This film is contained chaos at best. It’s a harmless bit of fluff and partially enjoyable but for the over-extended second half where Nanu tries to flush out the one responsible for Siddhi’s accident.