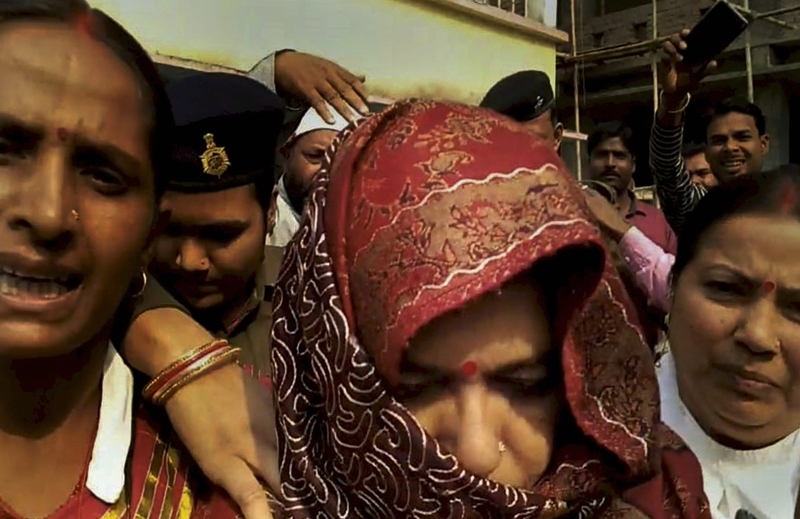 Former Bihar minister Manju Verma, an accused in Muzaffarpur shelter home rape case, after she surrendered in a court in Begusarai. PTI Photo |

Begusarai: Manju Verma, the former social welfare minister of Bihar, on Thursday was sent to a one-day police remand by a Begusarai court in connection with an Arms Act case. Verma had surrendered before a Begusarai court on Tuesday.

Earlier this month, a non-bailable warrant was issued against her after 50 live cartridges were seized from her residence during a raid by the Central Bureau of Investigation (CBI) in connection with the Muzaffarpur shelter home rape case.

Verma had been evading arrest in the Arms Act case. The Supreme Court on October 31 had also rapped Bihar Police for its failure in arresting the ex-minister.

Verma came under scrutiny after the disclosure that her husband Chandrashekhar Verma allegedly had links with Brajesh Thakur, the prime accused in the Muzaffarpur shelter home rapes. The case pertains to the alleged sexual harassment of 44 girls residing at the state-run shelter home.