Murder or mishap: Indore student’s ‘death’ to be part of curriculum

Indore: Chaos prevailed in Bombay Hospital area as police officials learned about a blood stained body of a 24-year-old student on Monday night. It was the fourth murder in the city in last five days. Lasudia police believed it was a murder as the body had wounds on neck and nose while his bike was found lying near him.

But a forensic report made it a clear that it was an accident and not a murder. However, police and forensic experts termed it a unique case and have decided to include it in their case study. According to Lasudia police station in-charge Rajendra Soni, body of Prateek Singh, resident of Pipliyahana, was found near Bombay Hospital at about 2 am. Soni said police detained his friends and other suspects for interrogation.

“But we were surprised when the forensic experts said it was an accident and youth died after falling from his bike and the wound marks were of iron fencing fixed on green belt,” Soni said. Prateek belonged to Jaora where his father is a doctor. He was pursuing BSc degree course from Christian Eminent College and lived in a rented accommodation. He had visited his friend in Mahalaxmi Nagar on Monday night.

“Perhaps, he was going to have food at a dhaba on his bike. The over speeding bike would have rammed into a pole in the green belt after which he fell on ground,” Soni told Free Press. “It was first of its kind case in my tenure. We have consulted forensic experts and will also make a short film on it. We have sent the shirt of the deceased to forensic experts for further investigation,” Soni said. 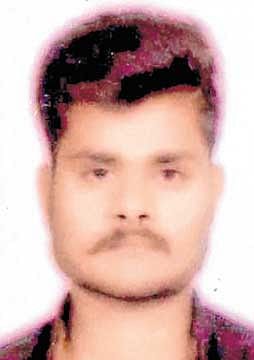 Forensic expert Dr B L Mandloi said the team reached the spot after learning about the incident and clicked the photographs of scene. Prima facie, it appeared case of murder but the doctors who performed post-mortem cleared that the muscles of the deceased had burst.

“Had it been a murder, the muscles would have showed a straight cut mark. Teeth of the deceased were broken. That must have happened after he hit the pole. The nose was also injured and there was internal bleeding,” Mandloi said. He accepted that it was a unique case and it will be included in the curriculum for medical colleges students as a case study.