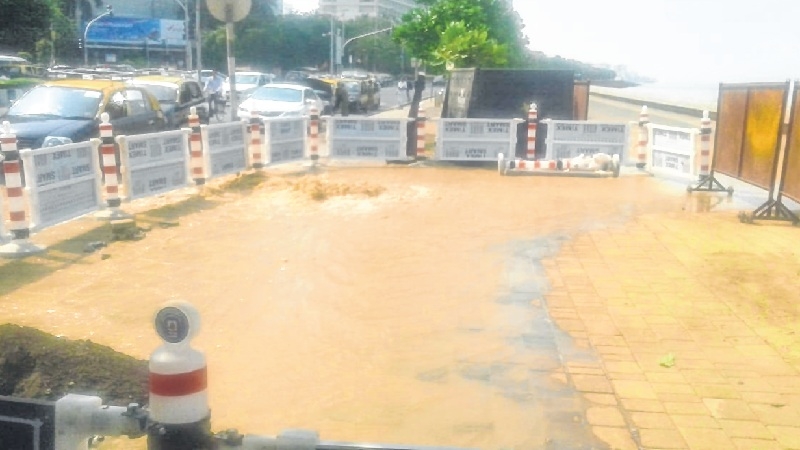 Mumbai: A water pipeline at Marine Drive, which was repaired a few days back, burst again on Thursday. The same pipeline burst last week on October 18 which led to traffic congestion for a while. The pipeline was later repaired and new tiles were laid.

Civic officials said the main valve of the pipeline has been shut and the leakage will be attended to on Thursday night itself. The patch will now have to be excavated and addressed again. “The leakage will be attended tonight and footpath will be reinstated again,” said an official. The official added there will not be any water problem in the area.