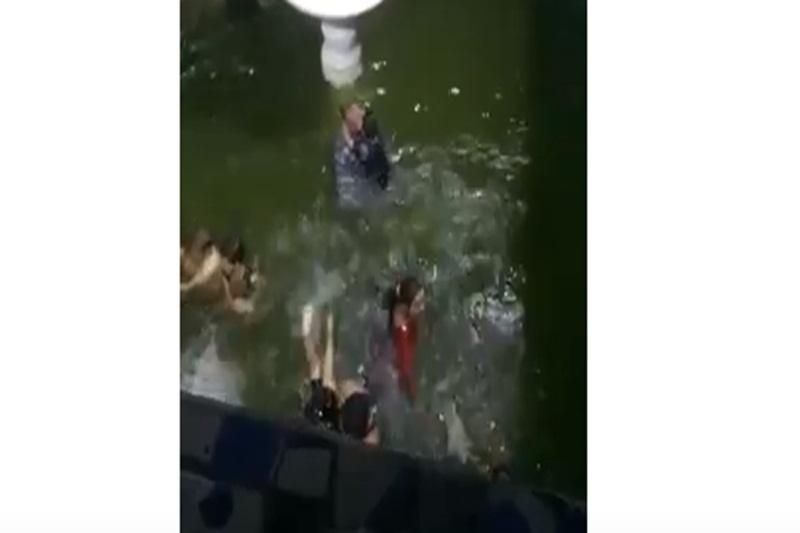 A video which has gone viral on social media for the past few days has upset the Muslim community. In the video, it is seen that some people are having a swim in the water pool of a mosque in Grant Road. This is the water tank where worshippers carry out ablutions before offering namaz.

According to DNA, the video is shot in Bilal Masjid at Do Tanki in South Mumbai, in which it is seen that unidentified people are swimming. Farid Khan, a member of the community told the leading daily, “I have seen the video and cannot vouch for its authenticity. However, from the looks of it, it appears that the people are not respecting the holiness and sanctity expected in a mosque.”

There is already a legal fight going on between Anjuman-i-Islam (an educational institute) and a group of people who manage Bilal Masjid. The Maulana Moin Ashraf, of the Bilal Masjid, told DNA, “It is not how it is being made out to be. Some people were cleaning the place. And the khadim’s little girl also went inside. We have taken action against him. They were only there to clean the tank. It is a mischief by some people who want to take over this land with the help of some underworld people. Why did the person not make any noise when he took that video of what was happening? The issue is of property and they are trying to defame me. The masjid and the idgah have been safe because of me. Otherwise, there would have been a building in this place, erected by criminals who are on the run. It is because of me that the property is safe.”