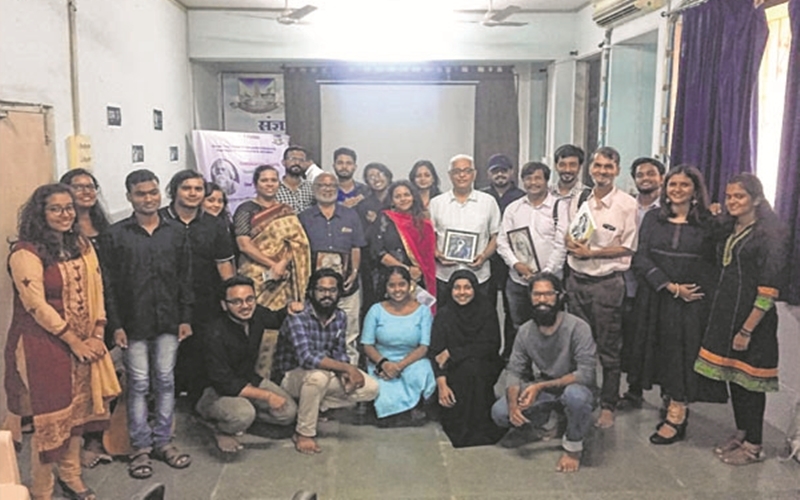 Mumbai: The Gurudev Tagore Chair of Comparative Literature and Department of Communication and Journalism of the University of Mumbai (MU) paid tribute to Rabindranath Tagore on his death anniversary on Tuesday, by recounting his contribution to literature.

The students of Masters in Communication and Journalism(MACJ) Department not just remembered the stalwart for his exemplary contribution to the masses, but also expressed how much the society is in need of his ideology for its well-being. After the event was inaugurated by chief guest Dr Anil Sapkal, head in-charge of the Tagore chair of the University of Mumbai, MACJ students recited Gurudev’s poems and the poems they had written for him, while throwing light on his contribution to literature through mono-act plays. Second-year MACJ student Ashish Richhariya, in his imaginary discussion with Mahatma Gandhi, portrayed ‘How Tagore always kept Humanity above Nationalism’. He also recited a poem he had written, which gave the audience goosebumps. It was called ‘Tagore, Tum Kahaan Soye Ho?’.

Sapkal said, “The importance of Tagore’s perspective in contemporary times was presented really well by students through the recitation of poems and mono-acts and we look forward to collaborating with the MACJ department for other upcoming events.”

Meanwhile, filmmaker and critic Ashok Rane showcased his movie ‘Apu’ and elucidated the perspective behind it. The event concluded with the singing of the national anthem and with the head of the MACJ department, Sanjay Ranade, presenting the chief guests with sketches of Tagore made by students Malini Nair and Simran Das.