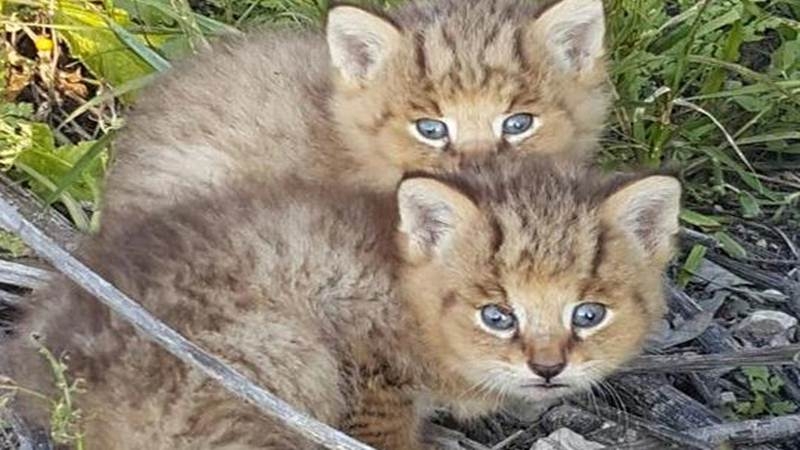 Jungle cats are protected under schedule II of the wildlife Protection Act, 1972. The animal rescuers tried to unite them with their mother but could not do so, they were later taken to Sanjay Gandhi National Park (SGNP) for preliminary medical examination and are being housed at the Thane Society for Prevention and Cruelty to Animals (TSPCA).

According To Hindustan Times, a Virar resident Labhesh Vaidya found the two kittens near a creamatorium, around 3 pm, since it was raining heavily she decided to take the kittens home. “Due to heavy rain, their mother might have found a dry spot at the crematorium and left them behind,” said Vaidya. “They looked malnourished, dehydrated and wet.”

She informed Resqink Association for Wildlife Welfare (RAWW) who have decided to reunite the kittens with their mother. “The rescue was crucial as the area was waterlogged. We kept them in a box around 9pm and waited for over five hours for their mother to return. Unfortunately, she did not turn up,” said Sharma, president, RAWW and wildlife warden to Hindustan Times.

Early Thursday morning RAWW called off the operation after strays dogs were spotted. “Lack of their mother’s milk led to dehydration and malnourishment. They need food. We told the rescue team about a milk replacer formula,” said Dr Shailesh Pethe, veterinarian, SGNP to Hindustan Times.