Mumbai: To speed up work at trans harbour link, state wants to work in night, during flamingo season 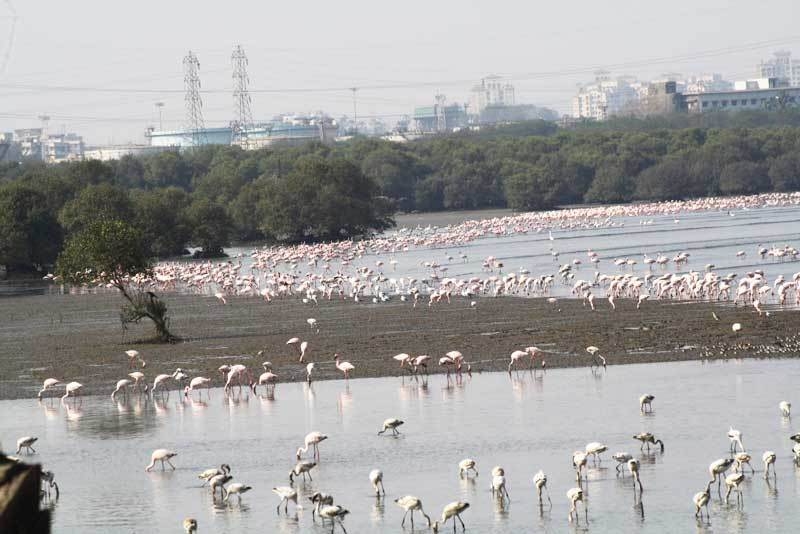 Sea link project, Sewri- Nhava Sheva Mumbai Trans Habour Link (MTHL) is not exactly going at an ideal pace to complete the work and so to speed up the work which is already delayed, the state’s coastal zone regulator is planning on requesting the Centre to do away with certain conditions, which the Centre had laid while sanctioning the environment clearance for the Rs 17,500-crore project.

The Maharashtra Coastal Zone Management Authority (MCZMA) wants the Union Ministry of Environment and Forests (MoEF) to get rid of the condition which states that the work can only happen if they are not disturbing the flamingos in the region. Also, they are seeking permission to carry on the work in the night.

A senior official from the state environment department said to the Hindustan Times, “We accepted the MMRDA’s submission on both the counts. However, it is not in our purview to grant these relaxations and we can only make recommendations to the Centre. To complete the project on time, it is important that the MMRDA gets permission to work during the day as well as in the night.”

He further said to the Hindustan Times, “Flamingos are present in some numbers nearly all year round, although their presence is at large during the winter. It would be very difficult to plan the construction schedules and these kind of conditions give a basis for disputes going forward. So we have decided to request the Union environment ministry to relax this too.”

An MMRDA official, on condition of anonymity, said flamingos are in large numbers at the mudflats right from October to March. “This condition will mean we will not be able to do any work here for six months of the year. Three more months are lost owing to monsoon. As a result, we will be left with only three months in the year when we can actually work on the project. Also, there’s a large patch of mudflats that will not be impacted during the construction where flamingos can flock.”

The proposed sea link will connect Navi Mumbai airport with Mumbai. The State government is hoping to finish the sea link by 2020 and the MMRDA wants to complete the trans harbour link by 2021. Environmentalists have time and again raised alarms about the possibility of the mudflats being destroyed and flamingos being driven away due to the construction activity. However, the project received environment clearance in January 2016.