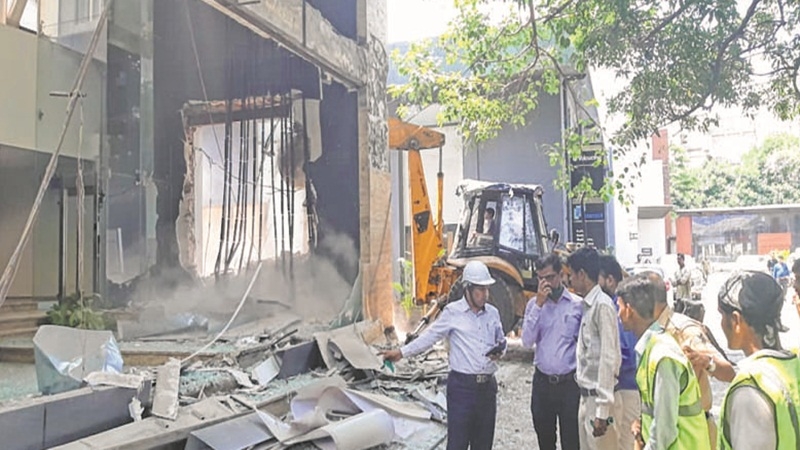 The demolition took place after the Bombay High Court refused to provide any relief to the owners of these structures, who had been given notices by the BMC earlier. “Notices were issued to owners directing them to remove the illegal structures, following which they approached the court for a stay. However, their plea was rejected on September 24, 2018, and immediately after that we took action against them,” said Assistant Commissioner Devendrakumar Jain of the G-south ward.

Similarly, Renaissance Paints, which had two offices spread over 7,000 square feet and Babulal Bhora, whose office was spread illegally over 3,000 sq ft, were also demolished by the BMC. Two JCBs, two dumpers, three gas-cutters, 15 labourers and 10 civic officials were present at the site during the process, according to the BMC.