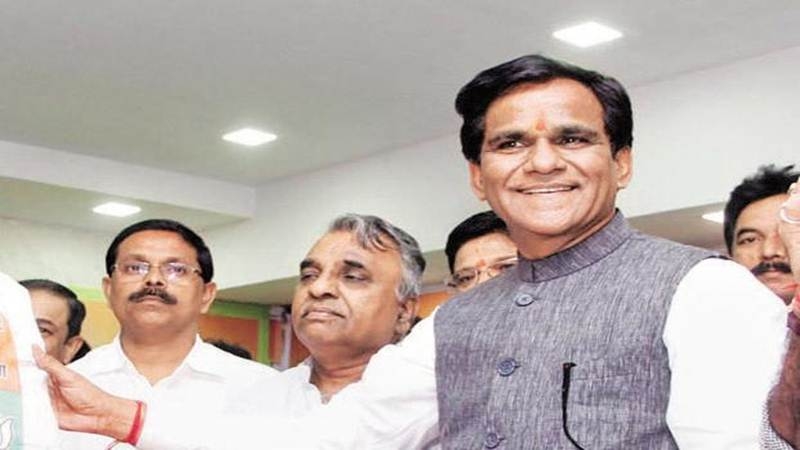 Mumbai: Social activists have written to State Election Commission (SEC) of Maharashtra urging it to “issue a show-cause notice to BJP”, after its leader Raosaheb Danve courted a controversy with his remark asking voters to accept “Laxmi”, the goddess of wealth, during the polls.

According to social activists Vishwambhar Choudhari and Anjali Damania, Danve’s remarks imply that political parties offer cash to people to vote for them and voters should accept them without any hesitation. “This direct statement is not only anti democratic and corrupt statement but is also a blatant violation of the Election Commission’s model code of conduct,” they added. “If such a coarse public speech is allowed to be resorted to by the BJP state president or his candidates contesting election, it will certainly undermine the purity of the election process mandated by the poll code,” the activists said. “An inquiry needs to be initiated in this matter urgently and a stringent action needs to be taken against Danve and BJP as a political party for violation of the model code of conduct,” they added.

The activists claimed that this is not the first instance when Danve made an “irresponsible” statement publicly. “On November 25 while speaking at Municipal Council election campaign in Amalner, he had threatened the voters that power at central and state governments at present lies with  BJP and if the voters do not vote for BJP, the local development works will not get funds from state and central government”, they further claimed. “This is an act of directly blackmailing the voters. While the election commission, through constitutional directions to it, aims at unbiased election process, politicians like Danve are challenging all core values and principles of unbiasedness,” they alleged.

According to them, all these statements are required to be examined in the context of Prevention of Corruption Act. “You are requested to kindly issue a show cause notice to the BJP and it’s Maharashtra state (unit) president Danve and take appropriate action in the matter,” the activists said in a letter to SEC. “On the eve of elections, Laxmi comes to your house and you should accept it,” Danve had said during a civic poll campaign meeting at Paithan in Aurangabad district yesterday.