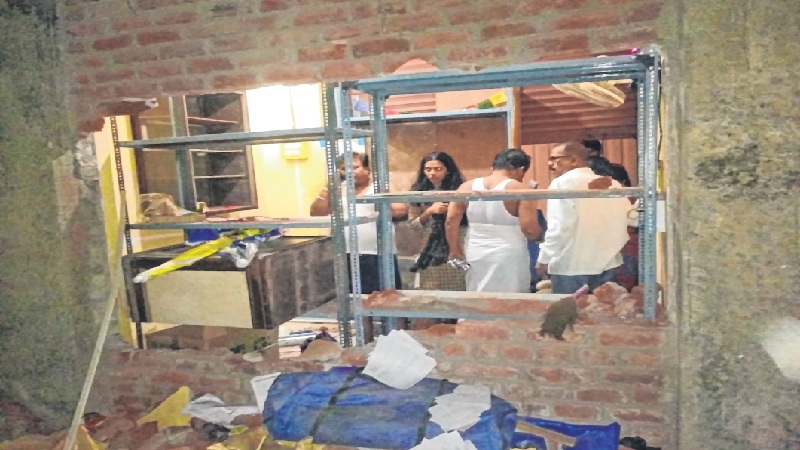 Mumbai: Six shops were robbed at Bhattipada at Bhandup (W) on Thursday night to the tune of Rs 20 lakh. The robbers had entered the shops by drilling the walls of the rear entrance of the shops and also tampered with the shutters at the front entrance of the shops. The three accused, Nilesh Vikaram Gavad (34), Ganesh Praveen Gavad (32) and Sachin Karan Gavad (37), have been arrested by the Bhandup police on Friday morning.

According to the police, the robbers had used gas cutters and two cylinders to break the walls of the shops at Bhattipada near Shiv Shankar co-operative housing society. Six shops include a doctor’s clinic, a wholesale garment shop, a cosmetics shop and a wholesale shop selling puja items. Computers, laptops and printers kept inside the shops for making data entry of goods and printing documents were also stolen. The accused stole CCTV camera equipment from Tilak clinic.

Ramesh Khade, senior police inspector, Bhandup police said, “The three accused have been arrested. We are going through CCTV footage of the cameras installed across the road. It is a professional robbery. We are questioning the accused to find out regarding the whereabouts of other accomplices since we suspect that it is the handiwork of a big gang. We have recorded the statements of two complainants on Friday.”