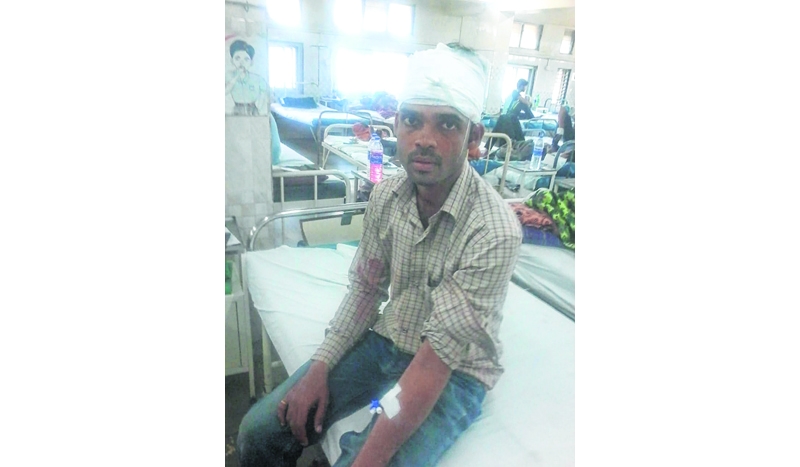 Mumbai: Four pedestrians were injured after a portion of the boundary wall of suburban Kurla railway station collapsed on Friday. The injured were rushed to Bhabha Hospital, where three of them were treated for minor injuries. The fourth person had sustained head injuries. Doctors have said all of them are stable.

The injured were identified as Sira, 30, Lakhan Khatal, 29, Laxmi Patil, 40, and Amir Kasin Sheikh, 58. An official of the disaster management cell of the Brihanmumbai Municipal Corporation (BMC) said the incident took place around 9.50 am outside Platform No. 1,  near Hotel Ram Mahal on Kurla Station road. “Emergency agencies were immediately alerted about the mishap, following which officials from the Mumbai fire brigade, local police and ward staff arrived at the spot,” he said.

A Central Railway (CR) official said a team of engineers had reached the spot and was trying to ascertain the reason for the wall cave-in. “Prima facie, the roots of a tree located close to the wall may have weakened its base. But we will wait for the results of the inquiry,” he said. The chief public relations officer (CPRO), Sunil Udasi, said,“While the mishap did not affect railway traffic on the Central line, it caused some inconvenience to pedestrians who use the road.”

He further added that outer face of the brick wall was used by hawkers for hanging their goods on nails and hooks affixed to the wall. “The wall was made weak by indiscriminate drilling of thick nails and hooks in the wall. In addition, there are two old, big peepal trees near this boundary wall. Some of their roots pushed through this wall, which may have further weakened it,” he said. On August 31, a brick-laden truck overturned near the booking counter of Vidyavihar station. At least four pedestrians sustained injuries in the mishap and had to be admitted to Rajawadi Hospital for treatment.