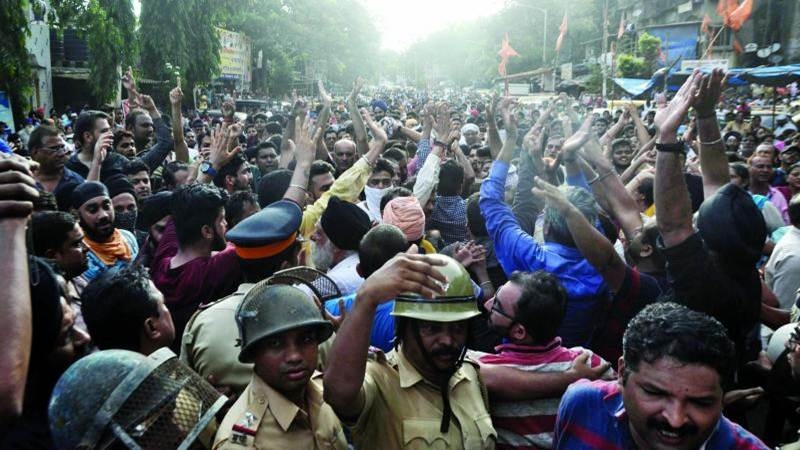 Mumbai: In a temporary reprieve for thousands of residents living in Punjabi Colony at Sion-Coliwada, the Bombay High Court on Friday directed the Brihanmumbai Municipal Corporation (BMC) not to take any coercive action of evicting them, till the next hearing. The matter has been posted for hearing on June 7.

Nearly 14 housing societies had approached the vacation bench of Justice B P Colabawalla and Justice Anant Badar challenging the eviction notices issued by the BMC.

In their petition, the societies claimed that the BMC has not followed proper procedure and guidelines as framed by HC.

“On August 20, 2014, the BMC had issued notice to all members of the society on discontinuing electricity, water supply and sewerage line. The notice also asked the residents to immediately vacate their premises,” the petition stated.

“On January 6, 2016, the members of the societies had sent a letter through their advocates to the civic officials stating that there is a report of their own independent auditor. This crucial fact ought to have been properly given weightage and appreciated by the civic body,” the petition reads.

Accordingly, they sought quashing of the BMC notice terming it as illegal and bad in law. After hearing both the sides, the bench said, “In the meanwhile, the action of demolition or dispossession and disconnection of electricity and water supply shall not be taken by the BMC till the next date. This would be subject to the residents filing an undertaking stating that they will continue to occupy their respective premises at their own risk.”

“This undertaking to further state that in the event of collapse of any of the buildings or part thereof, they shall solely be responsible for the loss of life and property of third parties and the statutory authorities including the civic body shall not be held in any way responsible,” the bench added.