Mumbai’s shocking hiss-story: Youth want to be bitten by snakes to get high 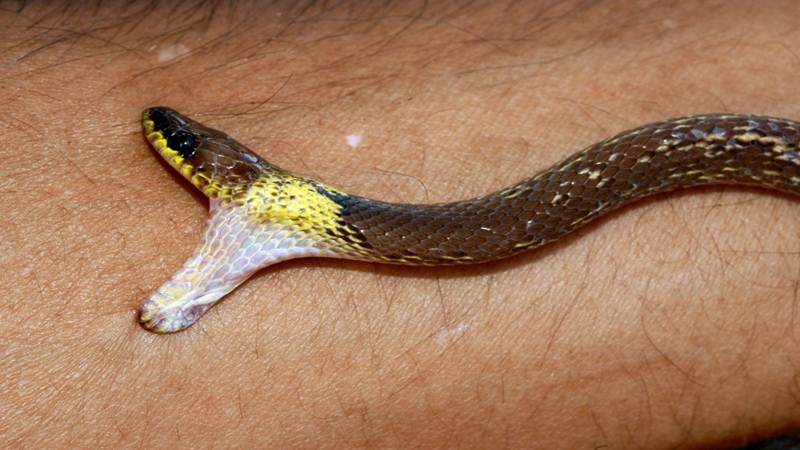 Mumbai: There is a resurgence of new psychoactive substance among youngsters who want to be bitten by snakes to get high especially for recreational purposes. The survey conducted at two government-run hospitals and de-addiction centres says that youth between the age group of 19 and 28 are trying snake bite under peer pressure, due to academic or love failure or some other reasons.

These youth, under the influence of some substance like cannabis, poly drug with meow meow, alcohol, polysubstance, opiods, stimulants, meth, prescription drugs, etc try snake bite to get a kick. The after effect of this snake bite causes numbness, heavy tongue, prolonged sleep or amnesia. The survey was conducted at de-addiction centres and Mumbai’s government-run hospitals where 1,853 patients were admitted during 2014-17.

“We reported a series of five patients (youth) admitted to state-run de-addiction centre in metro city from July 2015 to January 2016. The patients were in the age group of 19-28 years with the education level ranging from middle school to graduate school,” said a senior officer of a government-run hospital where these five youth were admitted after getting high on snake bite. The price to get one snake bite varies between Rs1,000 and Rs2,500 depending upon the species of snake. The report reveals that the source of money for getting a snake bite was either pocket money, self-earned or stolen.

The snake was brought in an earthenware pot and the youth were asked to protrude their tongue to get a snake bite. The description of snake in all these five cases was more or less similar, said the medical officer, who further added, “Three out of five patients had academic failure. They were from lower socio-economic strata.”

The study reveals that over 414 patients admitted to the hospital during 2014-17 were uneducated, 496 patients were having background of primary education, 706 patients were having senior secondary education. “Nearly 90 people admitted to the hospital and de-addiction centres were addicted to the snake bite for one year, 654 people for six years, 953 people for less than 30 years whereas 10 of them were addicted to the snake bites for more than 30 years,” said a senior officer from Narcotics Control Bureau of Mumbai zone.

The effect of one snake bite lasts for five to six days. “The after effects of snake bite includes tingling, numbness, heaviness of tongue, spreading all over the body followed by prolonged sleep and amnesia. Though some of them feel these effects whereas others say they do not feel any special effect after a snakebite,” said a senior officer from Narcotics Control Bureau. Sources revealed that snake-catchers are brainchilds behind trading in the snake bite business in bigger cities like Mumbai, Delhi and Bangalore among others.