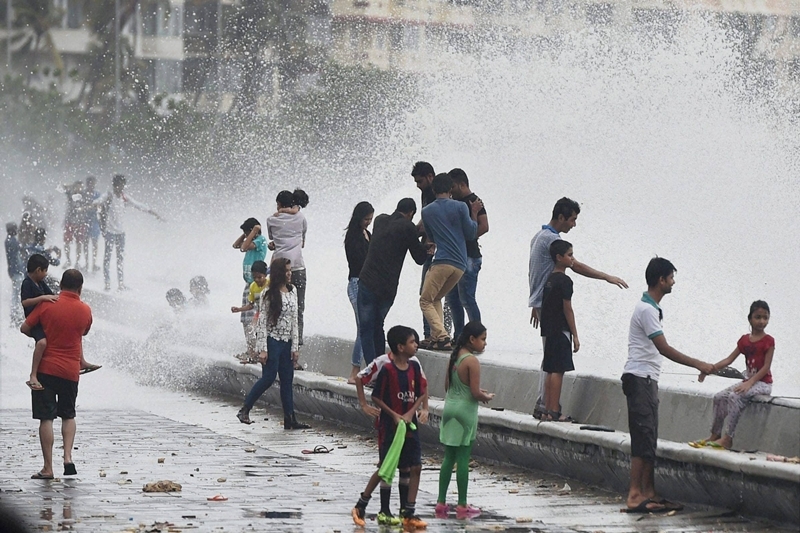 Mumbai: The Brihanmumbai Municipal Corporation (BMC) today told the Bombay High Court that it was prepared to “tackle all natural calamities” this monsoon. The civic body said it was also making arrangements to provide food and medical aid to people if they get stuck due to rains anywhere in the city.

BMC counsel Anil Sakhre told a bench of Justices Ranjit More and Anuja Prabhudessai that it had put in place various safety measures, including mapping flood-prone and low-lying areas, installing water suction pumps in such areas, and most importantly, installing special safety grilles on manholes across all flood-prone areas in the city.

The bench was hearing a Public Interest Litigation (PIL) filed by the Federation of Retail Traders’ Welfare Association following the death of a doctor of the Bombay Hospital last year after he fell into an open manhole during heavy rains. The plea, filed through advocates Ashish Mehta and Sujoy Kantawalla, seeks appropriate directions to the civic body to avoid such incidents in the future.

Dr Deepak Amrapurkar, a gastroenterologist, died after he fell into an open manhole on August 29 last year when heavy rains had lashed the city. The BMC had claimed that some locals had removed the cover of the manhole to allow the water that had been getting stagnant on a street in Lower Parel to flow through.

Advocate Sakhre submitted an affidavit in the High Court today stating that the corporation had installed safety grilles on 1,425 manholes in flood-prone areas across the city. Such safety grilles will prevent further instances of accidents even if the outer cover of the manholes are left open on a flooded stretch, he said. Sakhre also informed the court that the BMC had urged the public to immediately notify the ward officers concerned in case they spot any manhole without its cover. He said the BMC never leaves manholes open or unattended even when it is carrying out some cleaning or maintenance work.

Informing the court that the civic body had developed a disaster management app that will inform citizens about all weather-related information, heavy rains and high tide warnings, Sakhre said the app also provides information about shelters, restaurants, bus stands and other places where citizens can go in case they find themselves stranded in rains.

At this, the bench reminded the BMC that on August 29 last year, the same day that Dr Amrapurkar fell into a manhole, several court staff had been stranded because of the heavy rains, and had to stay the night in the court premises.

“We had to arrange for their food and stay. Some lawyers came to help. But, we didn’t hear a word from the BMC,” the bench said.

“The trains were not following the schedule, the roads were jammed, so it was apparent that many people including staff and litigants would have been stranded inside a public building such as court. So, shouldn’t the BMC, out of sheer duty, have called someone in court to check on people?” the bench asked.

Sakhre said the BMC this year had made arrangements to provide food and medical aid to the people stranded anywhere in the city due to rains.

“We have tied up with some restaurants and hospitals and clinics, to help distribute requisite aid to those who find themselves in such a situation this year. We will go to railway stations, bus shelters, and even the slums to provide them with such food packets, medical aid etc. This time, we are prepared to deal with all of nature’s fury, any tragedy that rises due to the rains in the city,” Sakhre said.

He also urged the court to direct the police to assist the civic body in keeping a vigil to prevent incidents of theft of manhole covers.

The bench, however, suggested that the BMC come up with a better mechanism to notify its officials concerned or ward authorities about missing manhole covers, waterlogging or any other negligence in their respective areas.

“Our main concern is that such tragedy (Dr Amrapurkar’s death) must never occur again in the city,” the bench said.