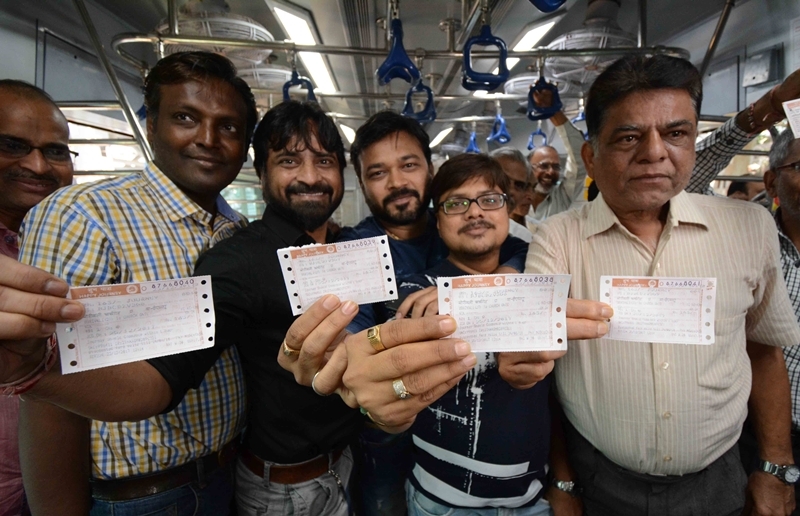 Mumbai: Despite getting a good response on the first day of the launch of India’s first AC local train, the confusion over tickets still persists. Since there is no separate booking counter for AC train, passengers who wanted AC train tickets were handed over normal tickets. Now, they have demanded better arrangements.

Also, since not many commuters are aware of AC local train, some of them were found boarding the train with a normal first class ticket. “I travel in first class, so I had taken a regular ticket; I was not aware of the AC local.  I was much embarrassed when the ticket checker asked me to get down at Mumbai Central station,” said Sunil Shinde, a resident of Andheri.

Though commuters like the interiors of the AC local and enjoyed the ride, most still felt it could have been better. “The seats could be better and more comfortable. There should be a warning sign next to emergency buttons stating that if someone presses the button in fun, they would be fined,” said Mudassar Pinjari.

There were two ticket checkers inside the coach who were seen explaining to commuters that they have taken the wrong ticket and should get down at the next station. “It was difficult to make them understand that there is a separate ticket for travelling in the AC local. Most of them felt they have a first class pass, so they can travel in this train also,” said one of the ticket checker.

A senior railway official said starting a separate counter is not possible right now. “Further implementation will depend on the feedback and suggestions we get from the commuters. Right now we are hoping more people travel in AC local and give us feedback,” said Mukund Jain, Deputy Rail Manager, Western Railways.