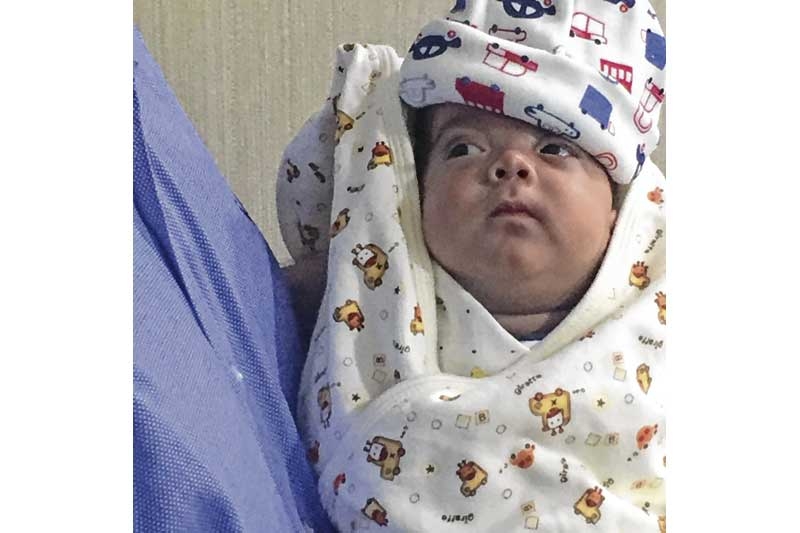 He was on continuous positive airway pressure (CPAP) support, which helped him breathe better. “He was born on May 12, during the 22nd week of pregnancy with a birth weight of 610 grams, head size of 22 centimetres and length of 32 centimetres. The infant has proved to be a miracle micro-man,” said his doctors.

In Retika’s case, the doctors did not get time to prepare for any medical tests or for C-section surgery as she delivered the baby within an hour of admission. “We only knew that the mother had urinary tract infection. Neither had we the time to prepare for a caesarean section nor an opportunity for maternal steroid treatment,” said Dr. Sejal Desai. Dr. Bhupendra Awasthi, Director of Surya Child Care said, “Nirvana had immature lungs at birth requiring ventilator support right from the labor room. He required respiratory support for 12 weeks which included 6 weeks of ventilator support. Multiple doses of surfactant injections were instilled into the breathing tube to expand his lungs.”

He added that he survived life-threatening events such as Pneumothorax (air accumulation around the lungs) and brain bleeds to emerge as a crusader. “A month-long steroid treatment was needed to help him breathe on his own. The steroid treatment also increased his risk of getting an infection and high blood sugar which required antibiotic and insulin therapy. He underwent multiple blood transfusions, laser treatment of eyes and hernia surgery was also required during this period,” said Dr. Nandkishore Kabra

Dr. Awasthi added that Nirvaan is now breastfeeding and weighs 3.72kg, has a head size of 34 cm and length of 50 cm. The most important aspect is that he’s going home with an intact brain, vision, hearing, and potential for normal long-term neurological development.