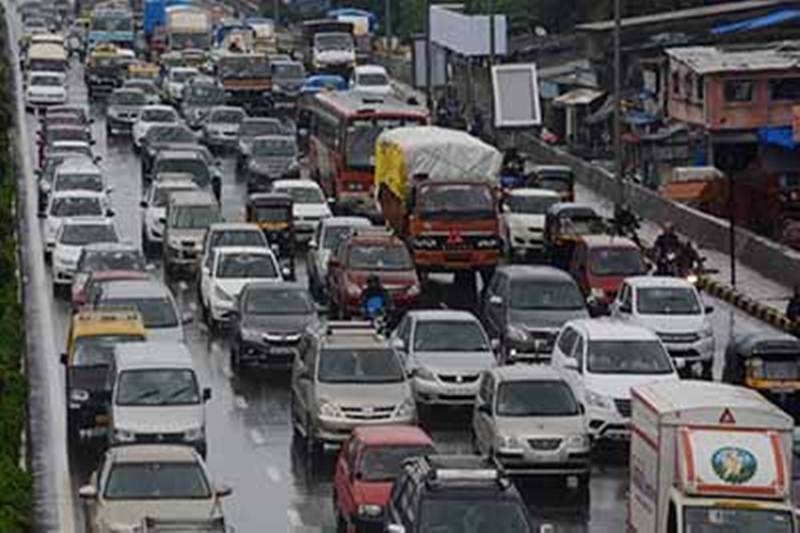 Mumbai: Mumbai has been receiving torrential rainfall from the past few days, which is still insufficient for the catchment areas. The rains of Tuesday led to delay and cancellations of many Mumbai trains. The traffic was also affected in the island city as well as the suburbs. The cars were seen crawling at the Bandra-Worli Sea Link at a speed limit of 50 km/hour.

According to Skymet, monsoon activities will gain strength on account of the low pressure area over the Bay of Bengal and the West Coast.

The low pressure area over the Bay of Bengal will track north-west ward and bring good rains over Coastal Andhra Pradesh, southern parts of Chhattisgarh, Telangana, and Vidarbha.

Subsequently, the rain belt will extend up to Maharashtra and Madhya Pradesh. Indian Meteorological Department (IMD) on Tuesday stated that heavy rainfall is predicted in next 48 hours.

The traffic department said, “Due to construction work of the Kandivalibridge the traffic has been diverted below the bridge until July 4. Motorists will have to bear with the traffic police and the MCGM.”

The temperature of the city has dipped from 29.5 to 25.8 degree Celsius. According to the data acquired by the MCGM disaster management cell, maximum rainfall was reported at Byculla (56.63mm) in the city and Marol (93.73mm) in the western suburbs and Vikhroli (71.37mm) in the eastern suburbs.

Water logging was reported at 16 spots, six in the island city and 10 in eastern and western suburbs. In all, 26 trees were reported to fall with no injuries.

A 75-year-old Ismail JyotibaKamble was killed after the wall collapsed on him in a chawl in Thane district due to heavy rains.