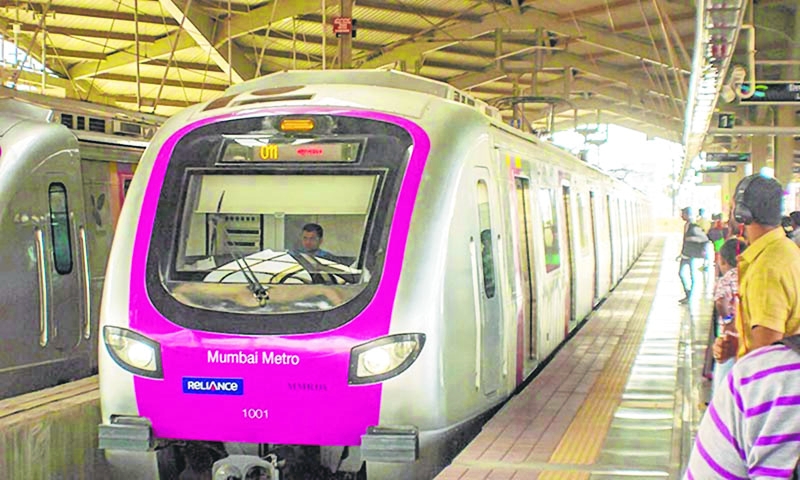 The Automatic Fare Collection System (AFC) is used in a Metro for Fare Box Revenue Collection.  “It would actually act like the face of the Metro to its passengers. This is a window through which the metro operator not only collects fares from passengers but would also manage automatically the ticket production, ticket vending and ticket checking functions,” said a senior official from MMRCL.

This system is computerized which helps in financial analysis and decision making as the data like, passenger lead (distance travel) traffic per direction, peak traffic hours, peak traffic days, traffic in between particular stations and revenues collected per day, per hours and per direction will be available through the system. The passengers will be facilitated with a typical AFC system which comprises of the Contactless Fare Media, Automatic gates and other system.

“The Contactless Fare Media (CFM) is a ticket used by the passenger to enter into the transport system. The fare media has to be contactless which is used by placing on the reader or is bought closer to the reader installed on the Gate. Similarly, Contactless Smart Token and Contactless Smart Card could be used as CFM,” added the official.

“A passenger who enters the station is required to buy ticket from free area and tap the valid ticket at the gate, which enables him to enter into the paid area, from where he can proceed to the platform for journey. After reaching the destination station, the passenger would get the exit by tapping the same ticket at the exit gate,” added the official.  Another facility is the Ticket Office Machine (TOM) is computerized which is installed at the station in the free area, from where passenger can purchase tickets or contactless smart cards prior to entering the paid area. The tickets are sold by the attendants.

“Other facilities include Ticket Vending Machine (TVM) and Excess Fare Office (EFO). The TVM automated machines are designed in such a way that the passengers are able to use them on their own. The EFO machine enables passengers to seek information, pay excess fares, get refunds or check the validity of their fare media. This would be located near exit gates,” said the official.

The MMRC has planned to charge the fares through tokens, contactless smart cards, QR codes on mobile as tickets. The System would also accept the Common Mobility Card being implemented by Mumbai Metropolitan Regional Development Authority (MMRDA) as common ticket for all transport operators in the city.