Mumbai: Mira Road mourns as Major Kaustubh Rane among four Army men who was killed in gunfight in Kashmir 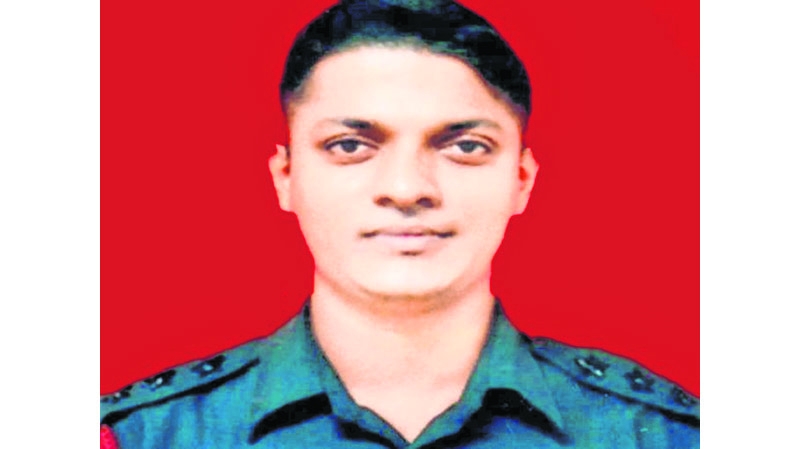 Bhayandar: A pall of gloom enveloped Sheetal Nagar area of Mira Road after local residents learnt that their beloved real-life hero – Major Kaustubh Prakash Kumar Rane – was among the four Army men who were killed during a fierce gunfight with militants in the Gurez sector of north Kashmir’s Bandipora district on Tuesday.

Natives of Sadure village in Vaibhavwadi taluka of Sindhudurg district, the Rane family had been staying in the Hiral Sagar building since 1990. Major Kaustubh Rane completed his schooling in Mira Road’s Holy Cross Convent High School and after his higher secondary education from Royal College, he graduated from Shailendra College in Dahisar. Known to be a well-mannered and intelligent boy since his childhood, Kaustubh was determined to serve the country as a defence personnel.

After completing his military training in Pune, he cleared the combined defence service examinations and was commissioned as an officer from the Chennai-based Officer’s Training Academy (OTA) in 2011, the same year in which he joined the Indian Army as a lieutenant. He was promoted to the post as captain in 2011, followed by elevation to the major’s post in 2018. His first posting was at Kupwara and Kolkata, followed by the current posting in the Gurez sector since January 2017.

Kaustubh leaves behind his wife Kanika, sister Kashyapi, 2-year-old son Agastya and parents Prakash Rane and Jyoti Rane. His father had retired as an officer from a private firm while his mother is a retired school teacher. “Since his posting in the sensitive sector along the Line of Control (LoC), he was rarely able to call us. He would occasionally call us to inform about his well-being. We knew about the level of risk since such regions are prone to attacks but we didn’t expect something like this. We are proud of Kaustubh,” said his uncle Pratap Rane.

During his stint at Kolkata, his wife stayed with him but after he was posted in Kashmir, he had sent her to stay with his parents at Mira Road. While the Rane family had celebrated Agastya’s second birthday on July 25, Kaustubh had visited Mira Road in April this year. “Whenever he would be here, Kaustabh registered his presence in activities of our social group. It is a proud moment for us as he has given his life for the country which is tampered with grief since we will never again see him,” said his friend Rajesh Parab. After Major Kaustubh Rane was conferred a Gallantry Medal by the President on the 69th Republic Day, the general body in the Mira Bhayandar Municipal Corporation had unanimously passed a resolution to felicitate the braveheart after his arrival in the city. However, fate had other plans…