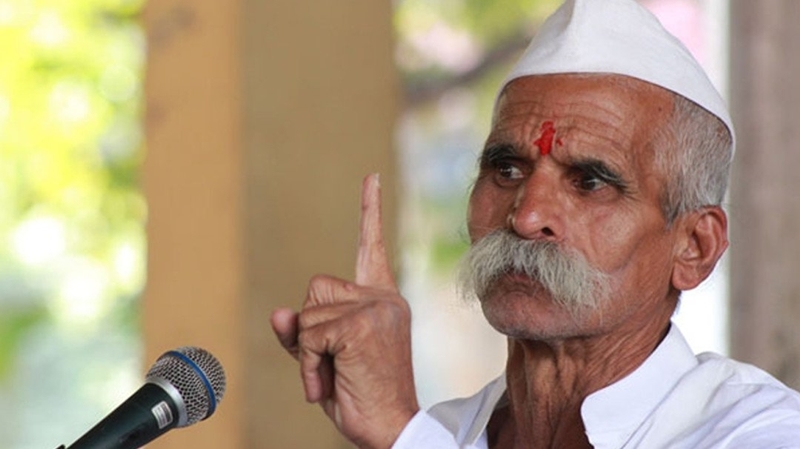 Mumbai: Sambaji Brigade, an aggressive Maratha organization, has joined hands with Prakash Ambedkar, leader of Bharip Bahujan Mahasangh, and will participate in ‘Elgar’ march – a protest rally – to be held in Mumbai on Monday.

The rally will demand to arrest of Manohar Kulkarni, better known as Sambhaji Bhide, chief of Shiv Pratishthan, for his alleged role in the Bhima-Koregaon caste riots which claimed the life of a youth in January this year. The Mumbai police has not given permission for a protest march from Byculla to Azad Maidan but permitted the public rally at Azad Maidan.

The morcha was expected to begin at Rani Baug at Byculla in the morning; however, since the police has denied permission, the protestors will assemble at CST and head towards Vidhan Bhavan. The ‘elgar’ march has been organised by Dalit and Other Backward Class outfits.  Ambedkar will lead the morcha.

Ambedkar on Sunday said the police has cited ongoing board examinations as the reason for denying them permission. “The state government informed us about denial of permission on Sunday afternoon. However, the people across the state, who want to join the march, have already left for Mumbai and now we cannot call off the protest rally,” said Ambedkar.

He alleged the denial of permission will create more chaos on Monday in South Mumbai. ‘‘The board examinations have ended. So, the reason cited by the police is  also baseless,” pointed out Ambedkar. He further demanded that the police should arrest Bhide on the same ground it has arrested Milind Ekbote, the chief of Hindu Ekta Parishad.

Meanwhile, Sambhaji Shinde, Pune city president of Sambhaji Brigade, has said: “Bhide is the mastermind of the Bhima-Koregaon riot and since beginning we are demanding the arrest of Bhide and Ekbote. They are solely responsible for the attack on Marathas and Dalits when they gathered to pay homage to Sambhaji Maharaj at Vadhu,” said Shinde.

He said Bhide is famous for misleading youths by giving a wrong historical narrative of of Chhatrapari Shivaji and Sambhaji Maharaj. Ambedkar, while giving his statement immediate after the riots, had clarified that the Maratha community was not behind the riots and had not attacked the Dalits. “The stand of Ambdedkar may have persuaded Maratha communities to join the ‘elgar’ march,” J V Pawar, general secretary of BBM, claimed.