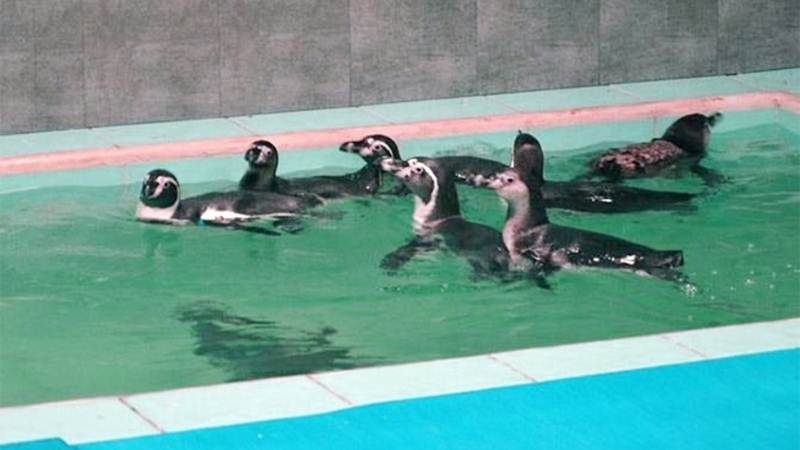 Mumbai: The death of female Humboldt penguin at Byculla zoo has turned into a huge political controversy as the Congress has snatched the opportunity to slam the ruling parties – Shiv Sena and Bharatiya Janta Party – in the Municipal Corporation of Greater Mumbai. Pravin Chheda, the leader of opposition in the civic body, on Thursday, wrote to the Lokayukta of Maharashtra to further probe in this matter.

Based on his complaint, the Lokayukta has summoned Byculla zoo director Dr Sanjay Tripathi to inquire into the death of this penguin and the lack of facilities for the remaining seven penguins. These penguins were brought to the Byculla zoo by the civic body on July 26 under the zoo’s new expansion plans.

Chheda has cited irregularities in the entire process to procure the penguins and the project planned by the civic body. Chheda has openly alleged of connivance between the civic officials and the contractors. “The two companies namely M/s Highway Construction Company (which handles civic projects) and Austin based Sivaat services, which specializes in aquatic exhibits, did not have a joint venture.

The Highway Construction Company was hired for taking care of the

eight penguins. This proves that the company which never had the experience of handling aquatic animals was hired for this penguin project,” Chheda said.

Following the death of this penguin, the Humane Society International, a non – profit animal protection organization, had written to the Central Zoo Authority (CZA), after which the zoo authority, under the ministry of Environment, Forest and Climate change has served a notice to civic chief Ajoy Mehta on Wednesday.

They asked him to give a detailed report on post-mortem of this Humboldt penguin.

CZA, in its notice, questioned the suitability and appropriateness for housing these penguins and the care meted out to them at the Byculla Zoo. The officials have asked whether the procedures were followed under the norms prescribed by Convention on International Trade in Endangered Species (CITES).

Meanwhile the civic body seized Rs 1.40 crore awarded to M/s Highway Construction Company for failing to build appropriate enclosures that led to the death of the female penguin.

The Additional Municipal Commissioner Sanjay Deshmukh said, “We have seized Rs 1 crore 40 lakh awarded to the contractor who will no longer be a part of the project after the delay and irregularities shown in building the penguin enclosures which has led to the death of a 1.5 year old Humboldt female penguin, Dory, at the zoo.”