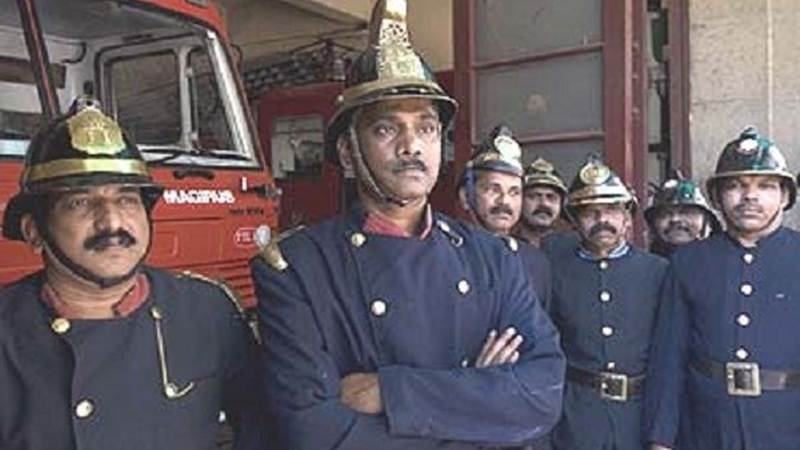 Mumbai: After fire officer Rajendra Patil on January 20, 2018, was arrested along with two others for the devastating fire at the two upscale restaurants at Kamala Mills compound that killed 14 people on December 29, the Fire Brigade Officers Association (FBOA) has threatened to resign en masse. Prakash Devidas, President of the FBOA, said their department officer was being made a scapegoat.

“The system is at fault. No department officer does the follow-up neither the wrongdoings are rectified, a proper mechanism should be framed. Here, as the officer (Patil) signed the documents he is been found guilty, which is wrong,” added Devidas. He added, “We have asked the civic commissioner for his time, he has not replied yet.

A press briefing will be held to put-forth the issue in front of all. Also, the resignation is just stalled for a day and if no proper reply is given then all officers which are of various rank like fire station officer, Assistant fire officer, deputy fire officers and others will give their resignation together.” The inquiry report made by BMC chief Ajoy Mehta looked into the role of the fire officers and others unlike the fire department’s report that pinned the blame on the restaurant managements.

The BMC report found that fire officer Rajendra Patil had certified the restaurants, 1Above and Mojo’s, were fire compliant just a week before the mishap occurred. In his inspection report he stated that the terrace was clear and there was no obstruction, he had reported on December, 23 and attached photographs to back this claim.

However, when the fire broke out less than a week later, officials said highly-combustible material used by the restaurants to cover the terrace had contributed to the flames spreading rapidly and trapping the guests. Those structures couldn’t have come up in just a week, Mehta concluded in his report.

According to the report, it indicated that the fire officer had either given the report without visiting the site or relied upon photographs given by the owner which was sheer negligence. “In both cases, he has failed to perform his duty as expected,” the BMC chief noted in the report.